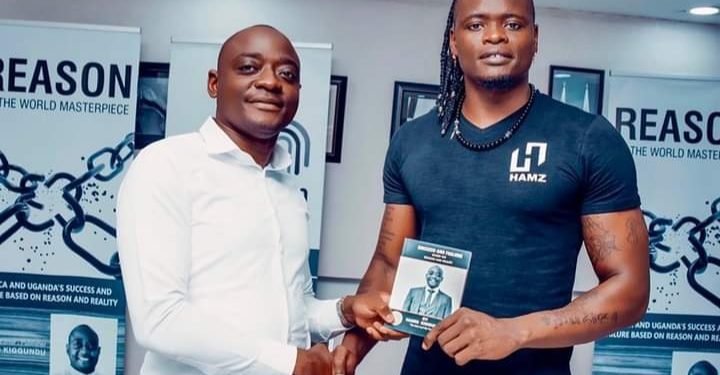 From releasing mega hits like malamu, Nalonda Namala among others to landing mega deals, singer Pius Mayanja aka Pallaso is currently scaling the heights.

As we talk now, Pallaso has landed a mega deal with businessman Hamis Kiggundu famously known as Ham to spearhead a campaign meant to promote Uganda’s new video sharing App dubbed Hamz, a mobile application which was developed by Ham enterprises.

Excited Pallaso announced this development on his Facebook page on Thursday, rallying all his fans to open up accounts on this App and enjoy its features.

“Big news, I am officially working with Hamz App made by our Ugandan brother Hamis Kiggundu. It is a very cool video sharing App. Please open up your account and follow me now,” he noted.

This App can be downloaded from Apple store or Play store and with it, one can stream local content, create videos, share content, promote talent, among other sorts of entertainment.

Ham choosing Pallaso to promote the App doesn’t come as a surprise because, besides having the coolest jams on countdowns, Pallaso is one of the most active artistes on social media and with a big following on most platforms.