A grieving man in India carried his wife’s body for miles after the hospital where she died allegedly failed to provide a way to transport her body back to their village.

Without the money to hire a vehicle, Dana Manjhi walked for 6.2 miles (10 kilometers) by foot Wednesday.
In the humid and sweltering summer temperatures, he hoisted his wife’s body, wrapped in a blue sheet, over his shoulder. He was accompanied by his weeping 12-year-old daughter.
His wife, Amang Dei, 42, died of tuberculosis Tuesday night at a hospital in the eastern state of Odisha.

Manjhi and his daughter had about 50 kilometers (31 miles) to go before reaching their village when passersby called a local journalist.
Odisha TV journalist Ajit Singh found them and recorded video of the pair that has been widely-shared across the nation.
“I am carrying the dead body of my wife as I am poor and cannot afford a vehicle. I told the same to the hospital authorities. They said they could not offer any help,” Manjhi said in the video.
Singh described the story to CNN.
“Some locals … spotted Mr. Manjhi carrying the dead body of his wife accompanied by his 12-year-old daughter, Sanadei Manjhi, and called me,” he said. “We filmed him carrying the dead body and asked him what happened.
A car was eventually organized for Manjhi. 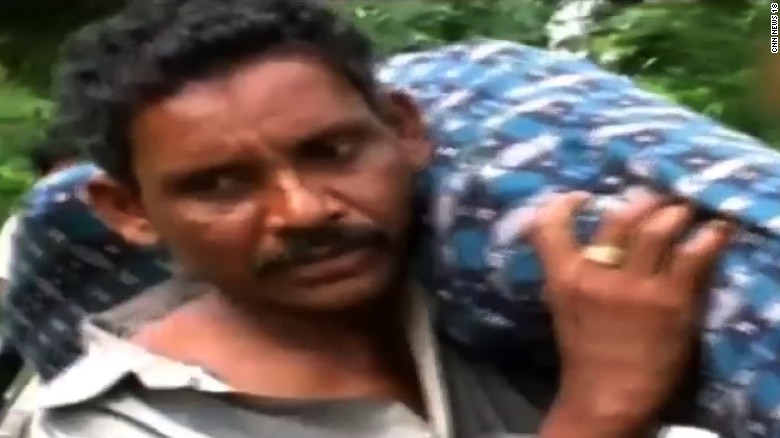 The body was wrapped in a blue sheet.

A government-provided transport van should have been available to Manjhi, affiliate CNN News 18 reported. However, he said he was refused help and told by the hospital to take the body and leave.
The hospital denied reports it withheld a car from him. A hospital official told CNN they did not even know when Manjhi took his wife’s body.
“No one knows when her husband carried her out of the hospital,” said Dr. Jaghu Lal Agarwal, assistant district medical officer at the Kalahandi hospital.
“Her death was not confirmed by the on-duty doctor and no discharge slip was issued. The hospital staffs on duty were not informed by Mr. Manjhi.”
A government inquiry had been launched into the incident, said Brundha D, a district official.
“We have ordered a probe and due actions will be taken if any wrongdoing has been done,” she said.
Odisha is one of the remotest states in India. A 2011 UN report that examined 19 Indian states gave it the lowest ranking on the Human Development Index.
India ranks 106 out of 140 countries for health care, according to the World Economic Forum Global Competitiveness Index.
Source:http://edition.cnn.com/2016/08/26/asia/india-man-carries-wifes-body/index.html?sr=fbCNN082616/india-man-carries-wifes-body1214PMStoryLink&linkId=28077606
Do you have a story in your community or an opinion to share with us: Email us at editorial@watchdoguganda.com 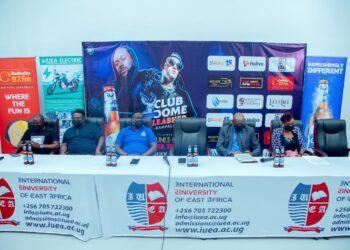