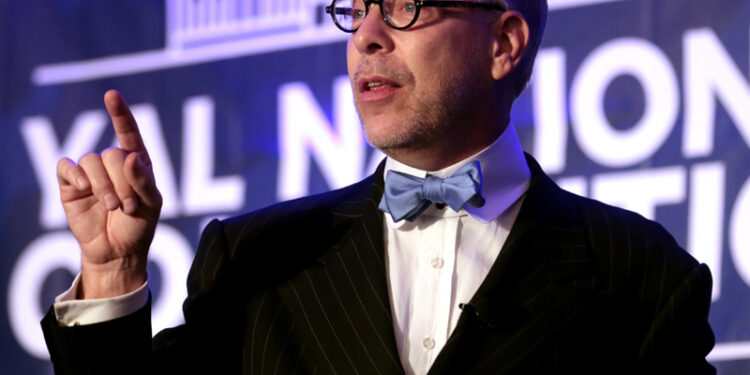 The current lockdown imposed by governments in an effort to curb the spread of Coronavirus has been described as ‘tragically disruptive’ because of the psychological, financial and emotional effects it has left in its wake in the past two years.

According to  Jeffrey A. Tucker, the Founder of the Brownstone Institute, for months world over, people got arrested, tortured and had their liberties violated in the guise of enforcing lockdown ‘yet this did nothing in stopping the virus from spreading.’

Tucker, an author and former Editorial Director of the American Institute of Economics Research was speaking during the seventh virtual Townhall themed ‘From Lockdowns to Liberty: Debunking Myths, Unlocking ‘Science’ and the place of Human Rights and Freedom Post Covid-19.’

“The USA kicked off the idea of locking down and it was a catastrophe,” the author of Liberty or Lockdown said. “The policies implemented were an experiment to see how much government can control us. Basically, there was lack of medicine, education and all families living home which brought about child abuse.”

He added; “As for children, we took away their rights to education and this will affect them for years to come. It is so horrible what happened over the last two years that people who did this need to pay. There are women who have left their jobs to take care of their children’s education needs. It has been tragically disruptive, the lockdown.”

According to Tucker, Covid is more of a political statement than a disease.

“In the US, it is a symbol of who you support. If you have masks and gloves, then you are for (President Joe) Biden,” he said.

When asked by host Lucy Chihandae why Africa should be interested in the Covid-19/Lockdown conversation, Tucker said ‘the disease’ is being used to violate people’s rights.

“Africa hasn’t suffered as much as the rest of the world but when you give government control of disease, then it (government) will violate your rights. If you lockdown or not, you are still going to get sick so what do you choose?” he asked.

Simon Ssenyonga, a human rights activist and regular panelist was critical of government’s stance on education, saying it was ‘discriminative’ and not ‘sustainable’. He also argued that during previous pandemics, churches and other places of worship never locked down.

“What makes Covid so unique that places of worship and schools should be closed? There are four principles of education – available, accessible, and affordable and adaptable. But all this cannot be achieved. We know that some universities which are open do not allow unvaccinated children,” he said.

At the same meeting, Eron Kiiza, a prominent human rights activist and lawyer, called upon government to encourage vaccination, rather than force citizens to get jabbed.

“While vaccination is good, there is no legal right to blanket force people to take vaccines. Taking vaccines is a matter of choice and people have a right to a dignified life,” he said.

Kiiza’s submission was supported Dr. Carol Atugonza, a Bio medical scientist and Researcher, who said there is a lot of stuff about vaccination that the government is not telling its citizens.

“Eighty percent of us have been exposed (to Covid) and now our bodies have the natural ability to fight it for about three to 91 months. Our bodies have a fighting chance. So now for them to say that small cohorts of people meeting is super spreading is fake science,” Dr Atugonza, who boosts a wealth of experience on vaccines, immunology and extensive research on HIV/Aids said.

“To bring the super spreader theory now is something we should not front.”