Uganda’s exports to Turkey increased by 30% in 2021- Embassy

by watchdog
in Business
2 0 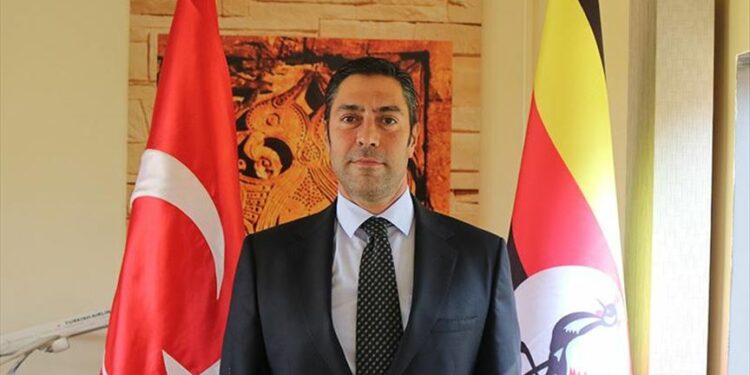 Uganda’s embassy in Turkey, has today published a report indicating a sharp rise in Uganda’s total volume of exports to the latter.

The report, indicated that Uganda’s exports to Turkey increased by 30% in the financial year 2020/2021, which has boosted the country’s foreign revenue.

It is further indicated that such a positive development is due to warm and pragmatic ties between the two nations, which has enabled Ugandan traders to export their produce to Turkish markets.

The report, whose details are still patchy, comes at a time when the Turkish ambassador to Uganda, Mr. Fikret Karem Alp yesterday revealed that Uganda’s trade with Turkey hit 30% in the first nine months of 2021.

“Clearly, increased contacts between our citzens had a positive impact on our bi-lateral ties. Our trade volume reached its peak in 2019, before the pandemic. Yet inspite of the lockdowns, we managed to increase trade volumes in 2020 to around 50%,” remarked Mr. Fikret in a statement, and added;

“Our motto is; if Turkish traders want to sell more to Uganda, they should buy more from Uganda. This formular worked well in 2021, Uganda’s exports to Turkey in the first 9 months of 2021 has increased by 30%”

He also predicted that Uganda’s bi-lateral trade with Turkey will hit a record USD 70 by the end of 2021.

On October 18th this year, Turkish president Raccep Tayyep Erdogan pledged to increase Turkish uni-lateral trade with African countries, in a statement he jointly issued with the Angola leader in Luanda, Zambia.

Earlier in October, Uganda’s president Yoweri Museveni met a delegation of Turkish investors in Kampala and expressed his gratitude towards their investment in fruit processing, and others.

Innitially, Uganda mostly exported Coffee, SimSim and others to Turkey, but the list was later expanded to even include tea, packed beef, Vanila beans, pepper, genus piper and pimenta.

On the other hand, Turkey exports clothings and other textiles to Uganda. The friendly and warm ties between the two states have deepened in the past years. They coordinate in areas of tourism, defence and other sectors.

Turkey has offered miltary training and other war logistcs to Ugandan miltary, in its efforts to fight terrorism. It also offers scholarships to Ugandan students.