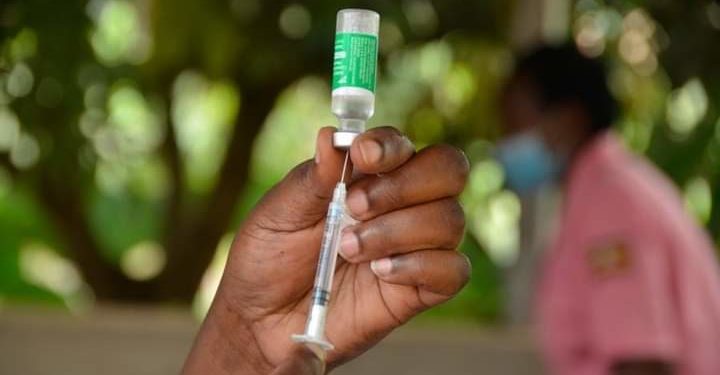 That death is happening among the hapless 800 victims of strange substances rather than authentic Covid-19 vaccines, is a scandal of global scales. It’s more than conventional terrorism in magnitude. A crime against humanity that transcends sovereign jurisdiction. Of the victims, are some of multiple nationalities; very typical of extreme violence that targets indiscriminately.

When the State House-Uganda whistle blew the tragedy in a press conference last week, the target audience wasn’t the vulnerable Ugandan. Nor the domestic investigation agencies—these were already privy. It was the international audience.

To Ugandans the revelation was even risky. It reinforced existing doubts surrounding the entire vaccination exercise and several other myths happening in Covid-19 treatment health centers. Citizens were already more alarmed with death rates of patients going to hospitals than those resorting to unconventional alternatives. The broader consequence of the tragedy is the effect it has to make more people shun even authentic Covid-19 vaccinations. This risks multiplying community infections—necessitating extended lockdowns, frustrations, miseries—all ultimately upsetting the economy. In fact, health minister Jane R Acheng already anticipates high infection numbers throughout August despite the current lockdown scheduled to have ended this July.

While whistleblowing the unfortunate action, Dr Warren Naamara, the head of State House Health Monitoring Unit revealed that some of the victims have already died. He said the killer project coordinator, Dr Francis Baguma is on the run. The killer team of health workers was facilitated with well labeled kits including personal protection equipment—PPEs, vaccination cards, vaccine carriers and vials of Covid-19 vaccines. They had absorbent cotton, medical examination gloves and record-keeping books for accountability. This confirms a well-systematic network pursuant to a particular goal. According to Dr Naamara, so far victims have been identified in major economic sectors involving direct foreign investors—FDIs such as in the construction industry (Dott Services—the main contractors for road constructions in DRC and Tororo cement—the main suppliers of construction hardware). Other targets are from the banking industry such as Diamond Trust Bank and United Bank of Africa. Yet others are from the major manufacturing companies like Uganda Bati, Madhvani, Seven Hills and Dot Maxs Packaging. These are companies that describe the depth of Uganda’s private sector, the country’s economic nerve-center. Hence the action clues a calculative racket under the guise of Covid-19 to advance its economic and political goals.

Therefore, the primary focus of investigation teams comprising agencies of International stature, should be to establish the broadness of the criminal network—beyond Uganda. Uganda’s own capacity of conducting such complex investigations is limited.

On its part, the world health organization—WHO, has to interest itself in identifying where else similar counterfeit accessories have applied. What were the consequences by who and for what? This will inform a world deterrent effect against a replica of similar conduct in other countries.

These are the times for international agencies like WHO, FBI and Interpol to justify their physical presence in Uganda. They should share their global competence in tracking criminal fugitives. Dr Francis Baguma is within their reach. He is best equipped to tell the full length of the tale as it happened.

People announcing Museveni dead are setting him up, they want to kill him-Tamale Mirundi claims