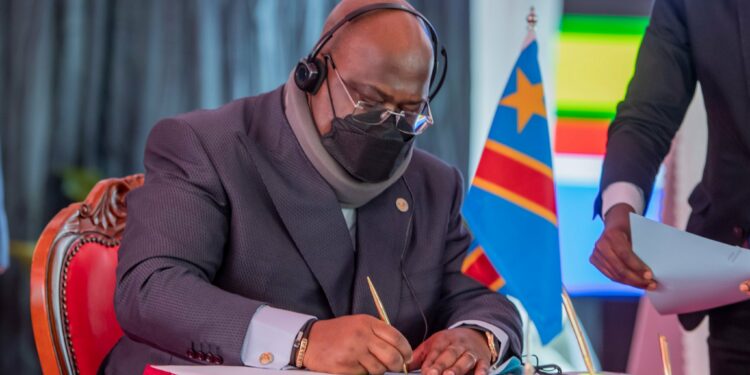 The Democratic Republic of the Congo (DRC) has welcomed Kenya’s proposal to deploy a regional force to fight the M23 rebel group in the east of the country, but said it won’t accept neighbour Rwanda’s participation.

Military chiefs from seven East African countries met in Nairobi on Sunday where they discussed the rising tensions between the two neighbours.

The latest escalation in the row between the two nations, has a decades-long history of fraught ties and have recently seen sporadic clashes on their shared border.

Kinshasa accuses Kigali of backing the rebels. Rwanda denies DRC’s allegations that it has sent troops into eastern DRC or that it supports the M23 rebels, whose leadership hails from the same Tutsi ethnic group as Rwanda President Paul Kagame.

On Friday, DRC closed its border with Rwanda after a Congolese soldier was shot dead while attacking border guards inside Rwandan territory.

Two Rwandan police officers were injured when the Congolese soldier crossed the border and opened fire, before an officer on duty fired back and killed him 25 metres inside Rwanda, the Rwandan military said in a statement.

The M23 is the latest in a series of ethnic Tutsi-led rebel groups to rise up against DRC forces, claiming to defend Tutsi interests against ethnic Hutu armed groups.

The simmering dispute has caused relations between the two states to sour. Recently, hundreds of Congolese attended an anti-Rwanda protest in Kinshasa.

Court of Appeal to handle 50 cases in 10 days