by Everest Mukiibi
in National, News
3 1 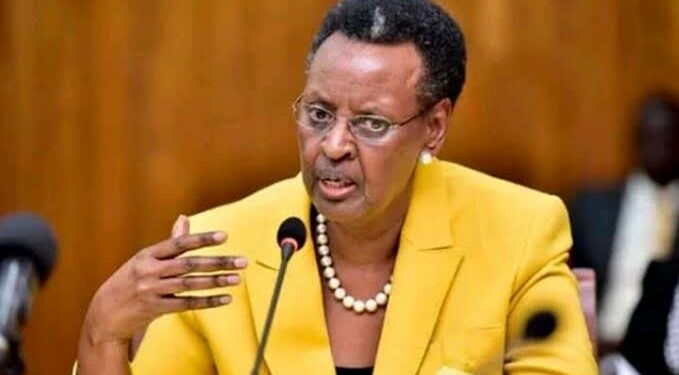 The Minister of Education and Sports Janet Kataaha Museveni has invited Uganda National Teachers Union-UNATU officials for a meeting.

UNATU declared a nationwide strike at all levels starting Wednesday in their quest for equality and harmonization of the salary enhancement among teachers of different subjects, support staff, and school administrators.

Unlike the previous incidents where the government has been threatening to sack striking civil servants, this time around the Ministry of education seems to be using soft language given the magnitude of the problem.

Addressing journalists at the Media Centre on Wednesday, Wilson Muruli Mukasa, the Minister for Public Service said that the Minister will meet UNATU officials on Friday.

Mukasa implored the teachers to return to class because the government is committed to increasing their salaries.

On Tuesday the Ministry of Education and Sports appealed to UNATU to suspend the industrial action.

Filbert Baguma the General Secretary of UNATU, says they have received an invitation for the meeting, but will not call off the strike until their demands are met.

This is not the first time that teachers under UNATU lay down their tools.

In 2011, the union organized a sit-down strike requesting a 100 percent salary increment. Other requests included an increase in the science allowance, an increase in capitation awards, and the delivery of the data on time.

Following the strike, the then Prime Minister Amama Mbabazi pledged a progressive increase over three financial years. That year, the government committed to meet half of the requests but failed thus leading to additional industrial action.

Later, the government pledged a three-phased salary rise for the next three fiscal years. 15 percent, 20 percent, and 15 percent would be the three installments of the increase.

UNATU is also pushing the government to pay 4.8 million Shillings to graduate science teachers and 4.5 million shillings to those teaching arts and humanities. They are also advocating for a Shillings 1.35 million minimum wage for primary school teachers.