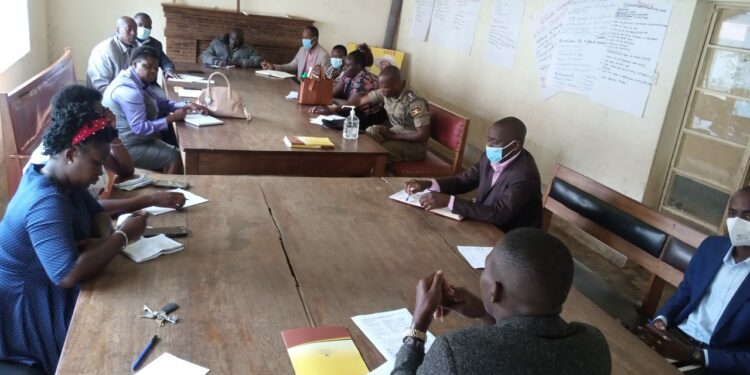 The Fort Portal City Service Delivery committee has recommended an inquiry into the mismanagement of funds by the City Officials.

In a meeting chaired by the Fort Portal Resident City Commissioner Angalia Godwin Kasigwa, the committee recommended opening of General file of inquiry into the mismanagement of funds in North Division of Fort Portal Tourism City from August 2021 to February 2022 shortly before the new RCCs assumed office.

The committee received various briefs on the city status and an acute challenge was identified in a mismatch between release of UDDEG funds to the North division. It was stated that there was some money amounting to Shs21 million which went missing during the reign of former City Clerk, other incidences indicated a mismatch on the release of Shs270million among others.

These incidences which have since last year raised dust amongst the political wing, various petitions to that effect have been written to various offices including one by the North Division Mayor to the State Minister for local government Hon.Victoria Rusoke.

To this end, a general file of enquiry is on to officially enrich investigations on proceedings of the matter as the process continues. Various officials including the Town Clerk North division Rabwoni, acting city treasurer have been asked to formerly file statements with police.