Gen Kandiho bounces back as Police’s chief of joint staff

Kandiho replaces Maj Gen Jack Bakasumba who has been appointed the Ugandan Delegate to the South Sudan Peace Monitoring Mechanism. 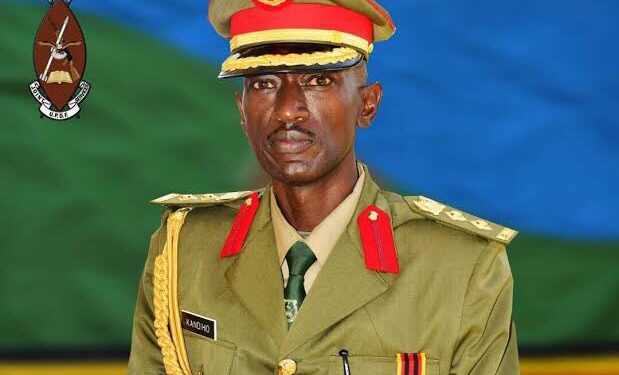 IN a turn of events, President Museveni has appointed Maj Gen Abel Kandiho as Chief of Joint Staff of Uganda Police Force, two weeks after sending him to South Sudan as a special envoy.

The new role, which has taken many by surprise, places Kandiho at the heart of the operations of the police force.

Kandiho’s earlier appointment to South Sudan as special envoy, had followed his removal as Chief of Military Intelligence, a move which was widely publicised as an appeasement to Rwandan authorities.

However, some sections of society lauded Kandiho as having defended the interests of Uganda against an aggressive Rwanda on a foreign soil. President Museveni replaced Kandiho with Major Gen James Birungi a former head of Special Forces Command (SFC).

The former CMI boss, whose assets were frozen by the US government, replaces Maj Gen Jack Bakasumba who has been appointed the Ugandan Delegate to the South Sudan Peace Monitoring Mechanism.

Kandiho’s removal was widely reported, since he was removed after the meeting between First Son Gen Muhoozi Kainerugaba with Rwandan president, Paul Kagame in Kigali. It is understood Mr Kagame was unconfortable with the role of Kandiho in which he was said to have unplugged Rwandan elements bent on distabilizing Uganda.

Kandiho’s removal coincided with the move by Rwanda to partially open the border, particularly at Katuna, after more than three years of closure, to trucks carrying inter-state cargo. The movement of common wananchi is still limited.