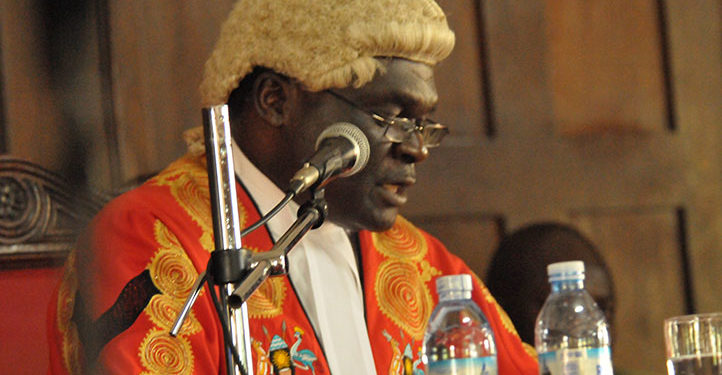 The Judiciary has deployed 48 newly appointed Judicial Officers at the rank of Magistrate Grade One to different stations across the Country in a bid to take Judicial services closer to people.

In the new deployments, Goma, Kangulumira, Gomba, Mbirizi, Kibuku, Nakisunga and Lamwo Courts have been fully operationalized with the posting of Magistrates Grade One.

Similarly, Courts at Amuru, Apala, Kalungu and Bugembe have now received substantive Magistrates. In the first of its kind, some Magistrates have been attached to the chambers of Justices and Judges following the review of the Judicial Structure that elevated the position of Research Officers to the position of Magistrate Grade One.

The Chief Registrar, Sarah Langa Siu, in her memo stated that the deployments take immediate effect while the transfers are effective January 01, 2022. The Chief Registrar is mandated to effectively oversee judicial operations of all Courts.

The deployments came after a swearing-in ceremony for the newly appointed
Magistrates which was presided over by the Hon. Chief Justice, Alfonse Chigamoy Owiny – Dollo at the Judiciary headquarters on Wednesday (November 24).

At the swearing-in ceremony, the Chief Justice charged the new magistrates to support Judiciary’s goal of “transforming of the Judiciary landscape, image and place in the country.

“Go out there knowing that you carry a banner and mantle that says Justice for
all,” said the Chief Justice. He further unpacked the Judicial Oath for the new
Magistrates.

“The Judicial Oath and Judicial Code of Conduct should therefore be your guardrail and source of inspiration if you are to perform effectively in accordance with the demands of your judicial office.”

He emphasized the need to uphold; Independence, Impartiality, Integrity, Propriety, Equality, Competence and Diligence, the six major principles enshrined in the Judicial Code of Conduct.

The Deputy Chief Justice, Richard Buteera, advised the magistrates to ensure that they do the right thing in the discharge of their duties.

“Don’t be surprised that there are complaints against you, your worry should be, are the complaints valid.” He also cautioned them against acts of corruption.

“If you know you have come to steal in the Judiciary, withdraw your oath. You will not survive here, because there is no compromise.” He equally cautioned them on absenteeism because it is not tolerated.

The Chief Registrar said as pioneer appointees in the rank under the Administration of the Judiciary Act, 2020, the new Magistrates have a great responsibility bestowed upon
them.

“The Judiciary has become very attractive, many want to come in, the entry gate is narrow gate but the exit gate is wide, so guard your place by doing what is right,” she said.

She further appealed to the Magistrates to love the Judiciary Service and give it
their full energy, time and talent; hate the vices that have undermined the Judiciary like corruption, absenteeism, laziness; and be the change they want to see in the Judiciary.

The appointment of the 48 brings the total number of Magistrates Grade One to 212.