We have no control over skyrocketing fuel prices, says government 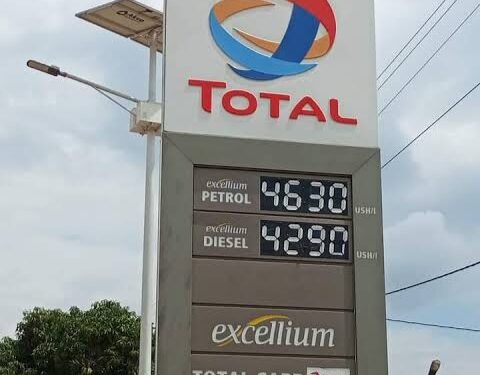 The Minister of State for Energy Sidronius Okaasai Opolot has disclosed that government has no control and cannot intervene in the skyrocketing fuel prices.

Addressing journalists at the Media Centre on Friday Opolot noted that the increasing fuel prices are a global trend arising from the high prices of crude oil internationally.

He added that as government they have no resources to subsidize the consumers adding that the fuel prices in Uganda remain cheaper compared to her neighbouring countries and globally.

“Government can only intervene if the fuel prices go beyond the reserve price set by the government,”the Minister said.

Rev Frank Justave Tukwasibwe, the commissioner in charge of petroleum supply and distribution also confirmed that the rise in fuel prices is not unique to Uganda but it’s a global crisis.

“It is global, not that it is unique to Uganda but it has affected us so badly compared to others. That is why we are saying that our regulation is to ensure adequate supply in a free and competitive environment,”Tukwasibwe disclosed.

He however ensured Ugandans that soon the prices will go down.

The prices of fuel in the country have hit a record high with a litre of petrol going for as high as Shs 4600 and Shs 5000.

And on Thursday the Deputy Speaker of Parliament Anita Among tasked the Minister of Energy and Mineral Development Ruth Nankabirwa to present a comprehensive statement to parliament on the matter regarding the rising fuel prices next week.

Among’s requests stemmed from Buvuma Member of Parliament Robert Ndugwa Migadde who raised the issue of fuel prices on the floor of Parliament and asked government for quick intervention.

Migadde added that since fuel is a major driver in the economy, its increase in prices has led to an increase in the different commodity prices and other necessities.