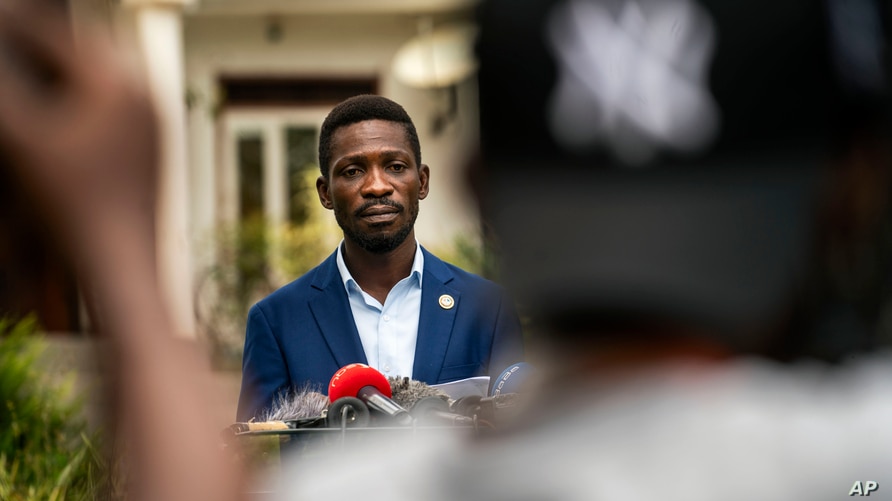 Former Presidential Candidate Robert Kyagulanyi alias Bobi Wine has asked Ugandans to look out for each other and be extremely vigilant following the deadly twin bombings that rocked Kampala city centre on Tuesday morning.

“Fellow citizens,As we all try to understand the cause of the explosions in Kampala City today, I encourage all of us to look out for each other and be extremely vigilant,” Bobi Wine said in a statement today.

“It is very sad that lives have been lost and many others are injured. We can only stand strongly with each other in such a tough time,” the National Unity Platform (NUP) president added.

Earlier today police confirmed that at least three people were killed and 33 others injured in the twin suicide bombings in Kampala.

“So far 33 are injured and five are critically injured,” police spokesperson Fred Enanga told a press conference on Tuesday, adding that the attacks were carried out by three suicide bombers.

The explosions happened near Parliament and close to Central Police Station (CPS).

A single suicide bomber carried out the first blast near the checkpoint at the police station, which killed two people, Enanga said. Then two suicide bombers on motorbikes detonated, killing one other person near Parliament.

Security has since blamed the attacks on the Allied Democratic Forces (ADF), an armed group based in the DR Congo.

The attacks came within three minutes of each other. More bombs have been found in other parts of the city, Enanga said.

Proceedings in parliament were called off and MPs advised not to come to the building following the attacks.

Last month, the Islamic State terrorist group said it was behind an attack on a bar in Kampala which killed a 20-year-old waitress.