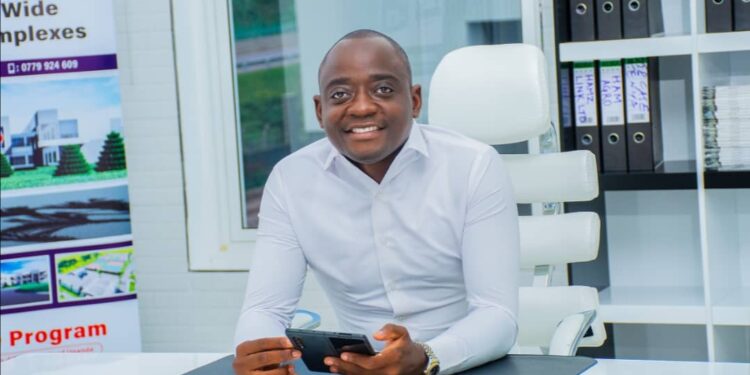 There is a season for everything and it is businessman Hamis Kiggundu’s season. For anyone who has seen images making rounds on social media for his new company headquarters in Akright on Entebbe road, one doesn’t stop to imagine what is next for the man still in his 30s.

Ham, as he is popularly known in Uganda, has set up ambitious projects to raise Uganda’s competitive advantage through agro-processing industries.

A few years ago, Ham sounded like a mere dreamer, when he started talking about his vision for a competitive agro-industry that can take on the world. Agriculture is Uganda’s strength – however, it has eluded many planners who have continued to witness raw and poor quality production and export of Ugandan produce.

The chief executive of Ham Group of Companies is walking the talk that everything when one uses reason in their business realities.

Upon setting up the headquarter of his operations, Ham is going to rollout factories that would support agro-processing across Uganda. Already, about 10 factories are up and running at his Akright Industrial base in Bwebajja on Entebbe road. He has spoken out on setting up regional factories to support regional agriculture.

Ham Group of Companies head offices – are Uganda’s version of the White House – where Ham himself is the chief executive. It says a lot of Ham’s unstoppable spirit.

The massive building has world-class furniture and interior décor and sets the tone for the kind of company Mr Ham Kiggundu is growing.

Ham who started out in the retail business, entered the importation of textiles, before branching into real estate where he has found success and fame. Ham has invested in education, technology among other things.

However, a few years ago, he promised President Museveni that he would support him set up agro-processing industries which would compete on the global stage. Possibly many people dismissed him. Yet, from what he has achieved so far – the sky is the limit.

As he puts off his hands on the packaging and plastics factories at his Akright industrial complex, and the gigantic headquarters in the shape of the White House, you can say – Ham has put his dreams into reality.

Sources say, the Ugandan youthful investor, has set up a chain of supportive factories and companies that would produce and market Ugandan Produce to the international level in a more serious way.

Ham’s ambitions of consolidating and positioning his business empire as a ‘Made in Uganda’ gateway to the world, are no longer in doubt.

At the weekend, he released images of the headquarters from where coordination of his agro-industries would take place.

When Ham, wrote his two books Success and Failure Based on Reason and Reality in 2018 and Reason as the World Masterpiece in 2021, he labored to explain why Ugandans need have the courage to go beyond saving, to use reason to start investing in their country as a path to creating more wealthy individuals. He is therefore leading by example.

The businessman still in his 30s has vast interests in real estate; commercial and residential in various parts of Kampala and Wakiso districts as well as technology, education, philanthropy, and now agro-processing.

Ham, who some reports value him at USD870 million, is the brain behind the redevelopment of Nakivubo Football Stadium, Ham properties, Hamz tech app, a university, and foundation in his name among others.

Ham has promised to roll out production in different regions of Uganda including setting up specialized plants and factories to add value to what is produced for instance in milk and meat processing units in Mbarara and Karamoja sub-region, maize and sugar mills in the Hoima Masindi region, another plant in West Nile and the North, Eastern and Central.

He said, “This will create more employment opportunities and boost incomes for communities across the country while boosting production and foreign exchange earnings as all the excess produce will be value-added first then exported,” Kiggundu says.