by Wilfred Arinda Nsheeka
in News
2 0 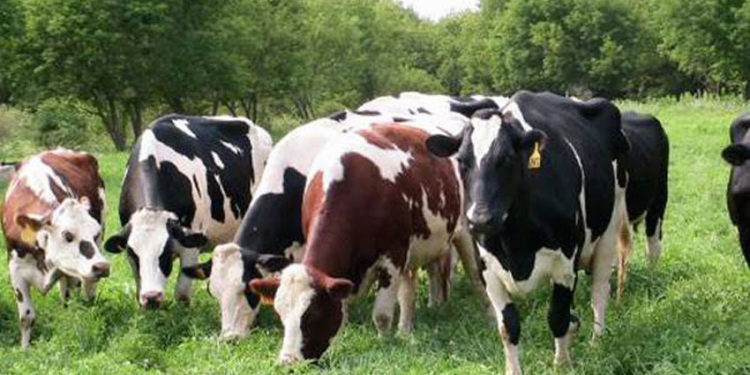 ShareTweetSendShare
Security authorities in south western Uganda, have agreed on a number of stringent measures intended to curb illegal livestock trade that has started to blossom, posing a security threat to the region.
The resolutions, were reached at today, during a security meeting that was held at Kabale Rukiiko hall in Kabale municipality, chaired by the Uganda Peoples Defence Forces-UPDF 2nd division commander, Maj General, Francis Takirwa.
The meeting attracted Resident district commissioners, Chief administrative officers-CAOs, District Police commanders, LCV Chairpersons, district veterinary officers, Chief administrative officers and Criminal intelligence officers, from the districts that border with Rwanda and Democratic Republic of Congo, including Kabale, Ntungamo, Rukungiriri, Kanungu, Kisoro and Rubanda.
The other attendees, include, representatives of the directorate of public prosecution-DPP and the judiciary, and others security agencies, like Uganda peoples defense forces-UPDF, internal security organization-ISO, border security officers and Liaison officers among others.
According to Gen. Takirwa, they resolved to among other things, request government through the ministry of Ministry of Agriculture, Animal Industry and Fisheries to re-introduce cattle registers, to help understand the number of animals in the district and also ask the ministry to come up a national identification system for all livestock in the county.
The meeting also resolved that the technical officers should come up with uniform written guidelines, action points, documentations and checkpoints, to be adopted by all the districts in order to curtail the illegal animal trade.
Gen Takirwa added that the meeting came after identifying flaws in the being made by LC1 chairpersons, traders and other stakeholders, where they cited that some traders, acquire trading permits, from one district and go to procure livestock in another district. Gen Takirwa noted that these cattle are said to be sold in the Democratic Republic of Congo at over 6million shillings.
The Kabale Resident district commissioner, Godfrey Nyakahuma and his Ntungamo counterpart, George Bakuma, said that they also agreed that each district security committee holds a meeting with LC1 chairpersons, who are said to be facilitating the illicit trade and livestock traders so that they are informed that anyone, found dealing in the illegal animal trade will be charged accordingly.
Do you have a story in your community or an opinion to share with us: Email us at editorial@watchdoguganda.com

Todwong to lobby Govt on NRM’s representation to district councils

Todwong to lobby Govt on NRM's representation to district councils