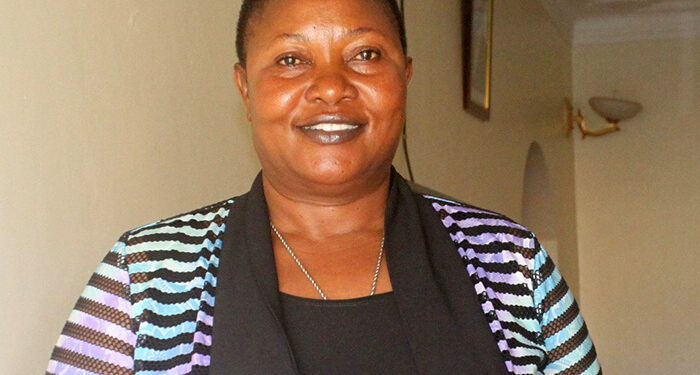 Last Friday, I addressed RDCs/RCCs and their deputies of Busoga sub-region at Source of the Nile Hotel, Jinja as part of my capacity building interactions with district heads to address local problems. Busoga has unique challenges that every leader and resident should be fully aware of and participate in taking heads. But, also, some of the challenges are not unique to Busoga. Through sub-regional leadership and citizen caucusing, we can build national consensus on issues that matter to the people and resolve them.

I attended the workshop in duo capacities: as a minister and a daughter of the soil. Busoga’s transformation is personal to me as is Uganda’s general transformation. But, also, I am duty-bound to take up the challenge to see new times take root under our leadership.

RDCs/RCCs working in Busoga are well placed to anchor transformation in the sub-region of they take the guidance they receive personally and as a duty in line with the purpose for which they accepted their deployments.
The NRM Government has invested significantly in Busoga sub-region but the absence of the will to monitor and supervise government programmes effectively creates room for unpatriotic, arrogant and corrupt public officers to divert resources meant for public services. Unless the leaders wake up to keenly monitor activities of public officers, we are likely to see more decay and more poverty in Busoga.

We all tired of the “slogan” of high poverty levels in Busoga. It needs to end. The people of Busoga should know that ending poverty is a collective effort of the people and their leaders. Leaders have an important part of showing citizens the way to go. Because leaders operate in manageable forums, it is easier to get the message through them to seep down to the people. Citizens should have the will to resist poverty at all costs by revisiting their mindset, interacting with their leaders, channeling their energy to being development-oriented citizens and generally aspiring to be the cream of their localities in harnessing opportunities available. That’s what is meant by “mindset change” which featured prominently in our 59th Independence Day theme. Government has done the talking, the planning and the mobilization of resources but the ‘I don’t care’ attitude of the people and some of the leaders is costing Busoga a great deal.

I invite the people of Busoga to reflect on the theme of this year’s Independence Day celebrations which was: “Securing our future through national mindset change”. The problem of Busoga is poor attitude on each and everything, and leaders and citizens undermining one another. This negative attitude can be defeated through mindset change.

I am appealing to all leaders inclusive of RDCs/RCCs to play their part to preach mindset change using all possible fora and platforms. However, they should be mindful not to politicize the messages on poverty. That is to say, there should be no discrimination on any sectarian grounds when promoting transformation of the people. Poverty has no political colour, religious creed or ethnic grounding. It batters all of us equally! Busoga is not cursed; nobody is accursed to eternal poverty except those who kulambara (sleep) or plug their ears with cotton wool.

“Leaders” who take advantage of the plight of the people for their own benefit must not be tolerated like the pastor I heard of in Kaliro district who is forcing his followers to sell off their belongings and hand to him the proceeds with the promise of securing for them ‘plots of land’ in Heaven. RDCs-and DPCs, DISOs and DCIOs-should be keen to act on such agents of impoverishment and hoodwinking and propagate a just message on how to overcome economic underdog status. Government is providing a lot of funds to the Parish Development Model –additional to Emyooga-is expected to have big impact and whose success is dependent on the leadership of the RCCs/RDCs as the chief monitors and supervisors of the government programs.

RCCs/RDCs should be the chief promoters of Presidential Initiatives and not ones that sabotage his efforts as some findings show.

The President is much concerned about this finding as he emphatically stated in his directive of September 25, 2021.

Politics of camps and cliques: This in has greatly affected progress in Busoga sub-region. As leaders of the current generation, we may fail to leave behind any legacy like our post-independence elders such as Shaban Nkutu, Eng. Zikusoka, Kirunda Luwuliza, Mathias Ngobi, Yoweri Kyesimira, Moses Kintu, Bishop Cyprian Bamwoze etc.

These leaders served for relatively short periods of time yet they served Busoga with one spirit and would not entertain politics of camps or intrigue. Surely, I appeal to all RCCs/RDCs to decampaign the politics of camps, rumormongering and endless electioneering, moreover in the wrong direction. Leaders in the districts should direct their young people to get back to work and to be focused on transformational ideas. I am deeply concerned that some people have started campaigning and doing posters for 2026! If this is not madness then I don’t know how to call it.

According to the Presidential directive of July 12, 2021, any RCC/RDC, DISO or DPC caught red handed in illegal land deals and evictions will lose their employment. Land is a very sensitive matter over which mistakes must not be made. Any officer of government involved must account for their actions as individuals.

On the service delivery front, a mechanism has been established for evaluating performance. District Service Delivery Monitoring and Assessment Audit teams have been created for the purpose. As chairpersons of these committees, RCCs/RDCs will be required to chair quarterly evaluation meetings and to present to their findings with effect from this (second) quarter. The audit team is tasked to assess value for money in service delivery as a way of defending the achievements of the NRM Government and accounting to the public.

There cannot be proper development without good security. In the case of Busoga, RCCs/RDCs of Bugiri, Buyende, Namayingo, Kamuli, Mayuge and Jinja District and City are called upon to tighten security in their districts. These districts are surrounded by water bodies and according to intelligence reports the ADF celss still exist in these districts. ADF uses these water bodies to transport their recruits.

The matter of leadership of Busoga Sugarcane Out-growers Association should also be resolved urgently so that farmers are organised to prosper. RDCs/RCCs in the affected districts should liaise with the Association to have elections conducted in strict conformity with COVID-19 S.O.Ps.

In execution of their duties, RDCs/RCCs will be supported by Government to perform better but on condition that they deliver. Transport and emoluments issues are being considered! Government is ready to invest in transformational mindset change at all times to strengthen the Independence, Liberation and “Securing the future” commitments.

Mrs Milly Babalanda is the Minister for the Presidency in the Republic of UGANDA.