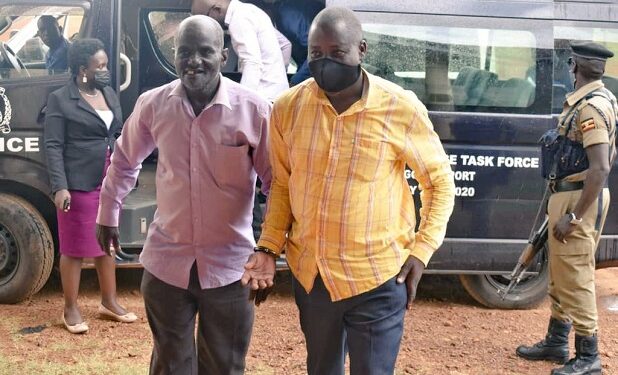 HOIMA- The chief magistrate court of Hoima has released the district chairman, Kadir Kirungi on bail over charges of conspiracy to commit a felony.

The LC 5 chairman was arrested and arraigned before the Chief Magistrates court after several hours of the Anti-corruption unit of statehouse searching his office for evidence. It emerged that Kirungi together with his top executive officials, allegedly hired out a government road construction equipment to a private Indian farmer in Kiryandongo.

Appearing before the chief Magistrate James Opio, the executives were charged with three counts of forgery, utterance of false documents, and conspiracy to commit a felony.

With a plea of not guilty, the court released them on bail with each ordered to pay shs1m cash besides depositing their original national identity cards to court. Their sureties were ordered to pay to court Shs10m non-cash. The four will reappear before the court on October 13, 2021, for further mention of their case.

Over 50 arrested for not wearing face masks in Kabale

Over 50 arrested for not wearing face masks in Kabale