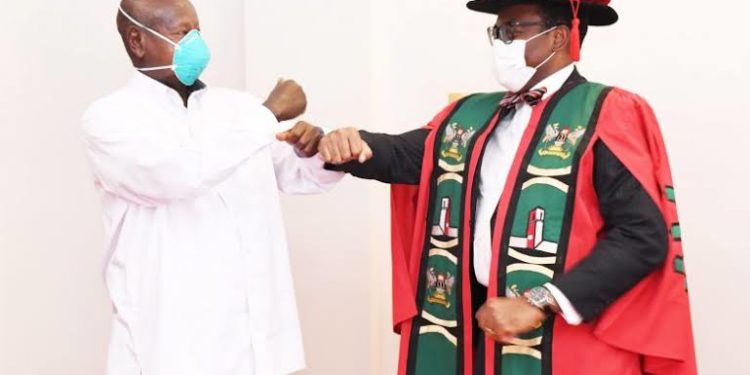 The President of the African Development Bank  Akinwumi Adesina has commended President Museveni and Uganda for being one of the few countries in Africa that have well managed her external debt and has not gone beyond the recommended threshold.

He said the ADB has a proposal to help African countries reduce their foreign debt by availing them with much cheaper loans so as to pay off their foreign lenders and pay back those cheap loans to the bank in a phased way.

During the meeting that was also attended by the Minister of Foreign Affairs Sam Kutesa, President Museveni and the African Development Bank President deliberated on a number of issues that included the African continent debt burden, youth entrepreneurship development in Africa, the impact of Covid19 on the African economies and post covid 19 response and infrastructure funding in Uganda among others.

President Museveni hailed the excellent relationship that exists between the African Development Bank and the several support in terms of loans and grants that the country has benefited from the bank overtime. He welcomed the proposal of the debt bailout by the African development bank and said that Uganda was ready to work with the bank towards that direction.

He said that his government was committed to raising and availing the youth development fund and the reason the government put in place programs such as the youth livelihood program and the youth fund.

ROBERT MUGISA: What the next five years mean for human rights defenders in Uganda