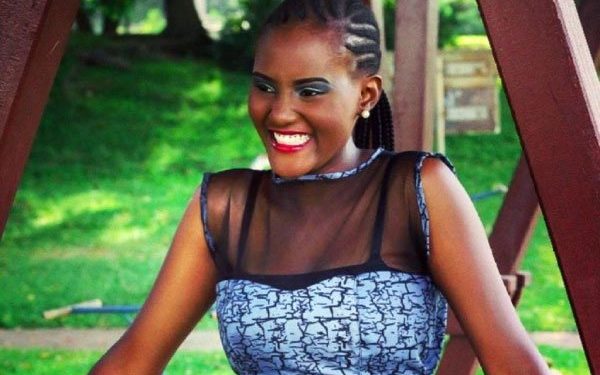 Last week, I shared the plight of Desire Mirembe’s family, highlighting the fact that justice seems to be taking forever to be served!
The Prime murder suspect, Mathew Kirabo, shamelessly made an application to Mukono High Court to have his passport returned to enable him travel to the US and pursue a course at Harrisburg, Pennyslovenia State!
I want to thank the public generally for sharing widely the recent post!

Kirabo’s Lawyer, Hassan Kato of Osilo and Company Advocates, lied to the Honourable court that his client was sick and that could not make it to court yet he was hiding in the car in the Court’s parking! NBS TV ran the footage of the suspect hiding in a Toyota Harrier.

My since and heartfelt thanks go to NBS TV for exposing this murderer; that’s what I call real Journalism!

Like I stated in the earlier article, Justice must be served to the grieved family who lost their beautiful 19-year old young daughter who was pursuing medicine at Makerere University. The family lost a daughter, and we as a nation basically lost a Doctor! Mirembe will not rest peacefully when her killer is walking free.

The Judiciary needs to explain to the public why this matter has never been heard for now 6 years! The suspect was committed in the High Court on 30th November 2015 but to date, the court seem to have failed to reach to the bottom of this matter!
Cases like Kanyamunyu, Sebuwuufu among others have been concluded but this particular one has failed to kick off!

Mirembe’s father told me that the murderer is related to a top Judge in the Judiciary who has and continues to do everything under the sun to frustrate the case. The Judiciary must investigate this!

The family has again written to the Principal Judge and the Chief Justice to have this matter heard.
The family also notified the American Embassy not to grant Visa to Kirabo because he is murder suspect and the immigration has been alerted too to ‘red flag’ any passport application by Kirabo!
If Court doesn’t grant the passport to this murderer, he might opt to apply for another one.

I personally thank Col. Edith Nakalema who personally called Mirembe’s Father after reading my earlier article about the plight of the family and promised to give any necessary support to have this matter heard expeditiously!

I highly suspect if Mirembe is not the first nor the last victim of this goon!
The court has set June 21st, 2021 as the verdict date on this matter! Let’s act now before this murderer gets away with this heinous crime!

Honestly, Uganda is a special Country; offenders of petty offences are languishing in jail when a capital offense suspect is enjoying normal life!
Kirabo is currently employed at as Medical Officer at Mulago Referral Hospital and also works at International Medical Center – Kireka as a Medical Officer.

Never underestimate the power of social media, after my post Kirabo pulled down all his social media accounts.
If you have any authentic information regarding Mathew Kirabo please email me on info@frankgashumba.com or contact Mirembe’s Father on +256705100061

When a former police officer in the US killed George Floyd the world was awash with ‘Black Lives Matter’ but in this case, lives matter in Uganda too and justice must be served! We all know that Justice delayed is Justice denied; we should not let murder suspects enjoy their lives out there on the street when the grieved family is suffering mental and phycological anguish!

DESIRE MIREMBE MUST GET JUSTICE!

Seven Reasons Why Uganda Is Called The Pearl Of Africa

ABBEY KIBIRIGE SEMUWEMBA: Museveni’s successor will be in the next cabinet

ABBEY KIBIRIGE SEMUWEMBA: Museveni's successor will be in the next cabinet