You need wealth and jobs. But wealth in a modern way. If you got wealth like Masai of cattle and none monetary, that is traditional wealth but no money. 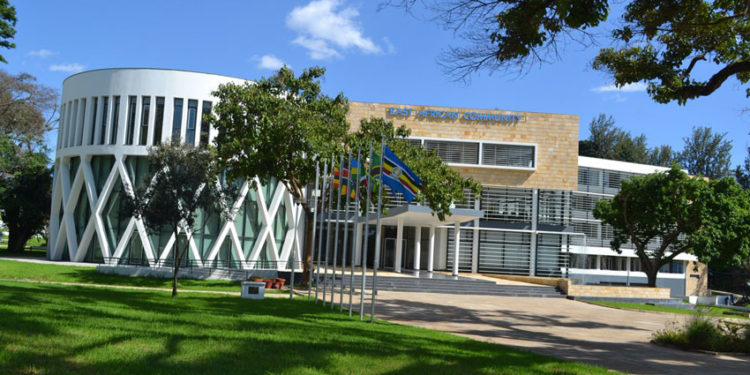 STATE HOUSE, ENTEBBE: President Yoweri Museveni has tasked the new East Africa Community Secretary General to ensure that the EAC economic department analyses linkages of job and wealth creation including in tourism that will strengthen and grow the regions integration.

“The issue of market must be solved. Internal market is not enough, you need regional, African (continental) and international. How will people become prosperous? To be prosperous you need two things.

You need wealth and jobs. But wealth in a modern way. If you got wealth like Masai of cattle and none monetary, that is traditional wealth but no money. How will you built a good house, buy a car without money,” he said.

The President was yesterday meeting the new EAC Secretary General Peter Mathuki and his delegation who paid him a courtesy call at State House Entebbe.

“The problem is that we have parasites in charge of policy. They don’t know issues of wealth creation. They are just eating the little revenue that is there without knowing where it is coming from. They don’t know what can make business succeed. And then the villagers in some of the bigger countries are asleep not involved in money economy,” he said.

The President tasked the EAC to analyse which elements of the services sector would do better under integration.

“If you look at USA, even a basket baller can be a millionaire, even a singer why? Why don’t our singers go far? I used to hear of Congolese, Daudi Kabaka…. Even in Europe you don’t hear much of the singers. Is it because USA has a big market where they move without a visa? I have not studied this but you should. This is the same for banking, entertainment etc, you need to introduce rational to integration,” he said.

The President said the issue of foreigners as region is imposed and should not impede the regions development saying he has been supporting the economy of Kenya since the 60s.

“In the 1950s we had big problems. If you went from home or school there was no clean drink to take. Water was not clean except coca cola. In 1964, I went to Mbarara town and found a packet of milk from Kenya creameries. You could drink this without boiling it. For us, you had to milk the cow, boil the milk, wait for it to cool then drink it. From that time, I never touched Coca Cola again. In 1972 when fighting Amin, I went to a shop in Bukoba and there was this yellow packet not in fridge but on shelf. They said it can stay like this for nine months, UHT milk, fresh. I had been supporting the Kenya economy from my pocket including for other things like jam, Kimbo etc. If you have got a constituency of producers who have to sell within Kenya and outside for the business to succeed, understand concept of integration,” he said.

“This team will support the vision of their Excellencies. Once businesses and investments grow, then the welfare of the people in Africa is covered. We will work with all the ambassadors in the region to promote movement of goods and persons,” he said.

Hon. Mathuki said the responsibility he is assuming is heavy and he came to seek the President Museveni’s blessings, counsel, guidance and wisdom.

We shall not support you for Deputy Speaker! FDC tells off own member MP Oguzu

We shall not support you for Deputy Speaker! FDC tells off own member MP Oguzu