by Stephen Kalema
in News, Politics
11 0 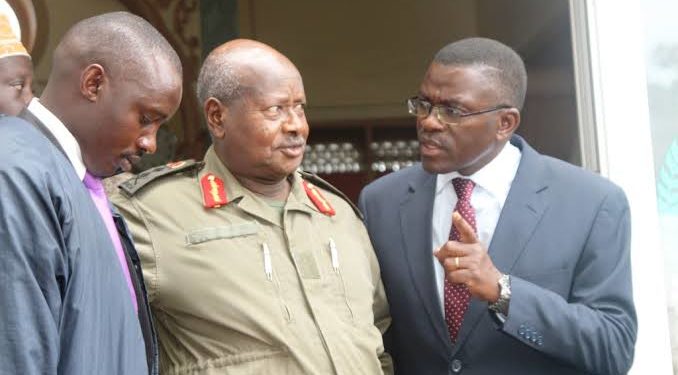 Museveni is set to swear-in as the newly elected President of Uganda after winning the 14th January presidential elections. The inauguration ceremony is slated for 12th May, 2021.

Mayiga who was addressing the Buganda Lukiiko at Bulange Mengo on Monday said that President Museveni’s government has gone off the track and it’s now doing contrary to what brought them in power over 30 years ago.

He asked President Museveni that as he prepares to swear in tomorrow, he should think about the increasing rates of torture cases, murder and arrests of civilians by the security forces which is illegal and contrary to what his government promised Ugandans when it came into power in 1986.

Since November last year, many Ugandans have been murdered by  security operatives, others have been arrested on unclear grounds. The lastest case is that of members of the National Unity Platform who have been accused of possessing military firearms and they are being tried by the General Court-martial.

It’s from this point that Mayiga asked President Museveni to make sure that in his sixth term, his government does not disconnect itself from the people it leads and also to put into practice the promises he made to Ugandans 30 years ago.

“I would advise this government to embark on the factors that made it to be loved by many Ugandans. They must reconsider those factors as their priority in the coming term. Such issues include respect of human rights and law-abiding leadership,” he said.

Mayiga also expressed his displeasure on the way security forces have arrested and slapped false charges on Ugandans without following proper orders as the law requires. He gave an example of people who were arrested during the last general campaigns who up now, are rotting in jail without any trials.

“Having different political ideas is not a crime, security alleges that the accused had firearms, let them display those firearms to the public. Others allege that the accused had a mission of disrupting peace in the country. Let security come out and explain to us that mission. Government can investigate such matters when the accused are out on bail,” said Mayiga.

Meanwhile, the Katikkiro also reminded the government of the debt it owes  Buganda which is over Shs200bn.

“Government owes us over Shs200bn, some of this money is from rent, one wonders government rents from many people and they are all paid except Buganda.”