by Stephen Kalema
in News, Politics
9 0 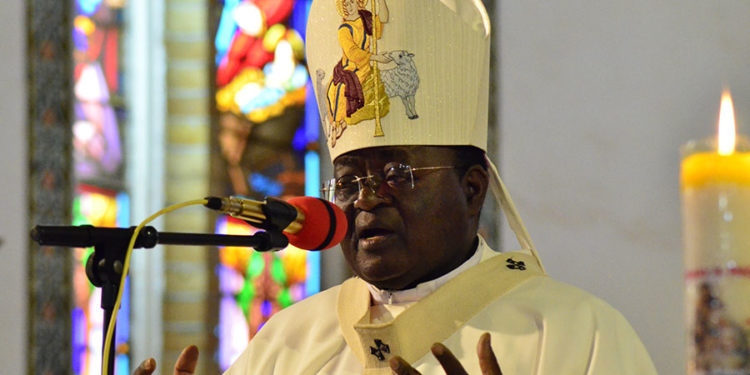 Members of Parliament have asked government to set free all political prisoners as a way of appreciating the work of the late Archbishop of Kampala Dr Cyprian Kizito Lwanga.

Dr. Lwanga was found dead at his residence early this month. The postmortem report released on Easter Monday revealed that he succumbed to a heart attack induced by a blood clot.

While discussing about the move to honor the late Archbishop on Wednesday, some legislators asked government through Prime Minister Dr. Ruhakana Rugunda to release all political prisoners because that was the deceased’s prayer as per his speech which was to be delivered on Easter Sunday.

Manjiya County MP John Baptist Nambeshe said when President Yoweri Kaguta Museveni was eulogizing the late Dr. Lwanga, he mentioned the enormous contribution he made during the Bush war that brought NRM to power and that he was freedom fighter who agitated for human rights.

“There are few religious leaders who come out boldly to tell the government what is supposed to be done. In some of his (His Grace Dr. Cyprian Kizito) last sermons, he was defending all Ugandans as far as Human Rights are concerned. The late was a Human Rights Defender, and indeed if we are to honour him, we must also ensure that we defend Human Rights, especially of those who are oppressed.”

Betty Aol Ocan the Leader of the Opposition seconded the motion of paying tribute to Late Archbishop Cyprian Kizito Lwanga since he was committed to the rule of law and fighting for the less privileged.

“His Grace Dr. Cyprian Kizito Lwanga, raised his voice to speak against the outrageous Kidnappings, torture of Ugandans and violations of Human Rights, during and after General Elections. He called upon the Government to unconditionally release all Political prisoners therefore we should respect him by releasing all political prisoners,” she said.

Eventually, all legislators unanimously considered and passed the motion to pay tribute to Dr. Lwanga, for his dedicated service to the Romans Catholic Church, the Christian Family in Uganda and the People of Uganda.