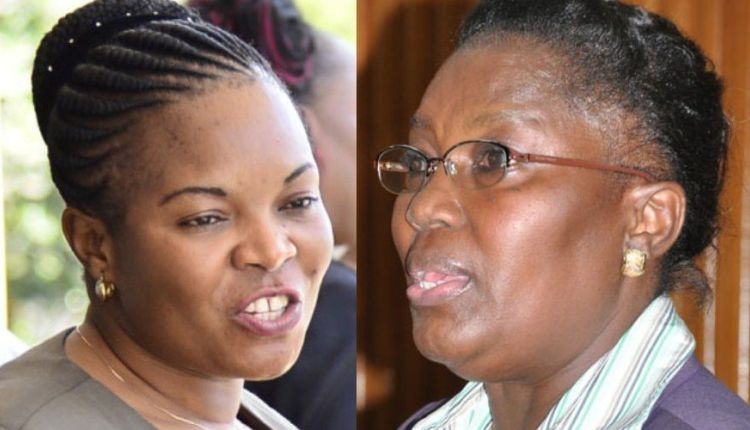 When junior Lands Minister Persis Namuganza announced late last month that she would be challenging Speaker Rebecca Kadaga for the a slot at the NRM Central Executive Committee, many would take it for some kind of joke.

For those who had followed the fire spitting princess from Busoga and her relationship with Kadaga couldn’t find it hard to believe her.

Namuganza controversially shot to political fame in 2017 when she dared Kadaga’s wrath when she accused the most powerful woman in the country for meddling in the affairs of the royal family of the Bukono chiefdom.

It all started when Kadaga, a popular Kyabazinga loyalist with cultural origins from the Igaga clan in Namuganza’s Busiki, was invited to preside over the enthronement ceremony of a new chief for the Bukono chiefdom.

In fury, Namuganza responded by asking her followers in Namutumba to lynch Kyabazinga William Gabula Nadiope should she dare set foot in the chiefdom.

The controversial appeal by the powerful Museveni Minister caused a stir in Busoga which resulted in demonstrations where thousands of kingdom royalists led by internal affairs Minister Joan Machora demanded that the naughty princess apologises to the Kingdom or else be barred from passing the regional capital on her way to Bukono.

The Busoga Parliamentary caucus would later convene to demand an apology from the errant princess who would still prove more arrogant and disrespectful. By that, she had stepped on the toes of those who would have been on her side.

Happening at the climax of the fierce Kingship feud between Bugabula Chief [now the king] and his rival Prince Columbus Wambuzi from Bulamogi, Namuganza was accused of barking the latter over the former.

Kadaga on the other hand is a known Busoga Kingdom loyalist whose helping hand in the installation of King William Wilberforce Gabula Kadhumbula Nadiope IV is highly praised by the larger part of the kingdom.

With Gabula Nadiope being the more popular of the two in the whole kingdom save for Bulamogi county where Prince Columbus hails from, Namuganza’s altercations with Kadaga would leave her isolated for being anti Busoga Kyabazingaship.

Where as the speaker has understandably got many enemies mainly within her NRM party owing to her grossly intimidating political power which is viewed as a threat to many, the contest between the two women is seen in light of the one between the two princess.

As such, most NRM delegates in Busoga who are part of the chief decision makers in the August House will certainly be shunning Namuganza for fear of being accused of being anti Kyabazingaship.

With her ever growing political libido, many in Busoga have tipped the ambitious law maker for a disastrous political future a head of next year’s elections in Bukono too.

Even before mentioning that however, Namuganza was definitely set for her political demise the day she dared the indomitable woman from Kamuli.

Nicknamed Uganda’s queen of war by Mukono Municipality MP Betty Nambooze, Kadaga has had to contend with many political foes on her way to the top.

It’s therefore an improbable dream to think that Namuganza could stage a successful political combat against a person of Kadaga’s like especially at a time when she is consciously aware of who an enemy she [Namuganza] is.

If Namuganza manages to get some support therefore , it will be from anywhere in Uganda but definitely not from Busoga.

Why are you hobnobbing with Abenakyo? Parliamentarians quiz Kiwanda