PROFILE: Looking back at the life and career of Bart Katureebe as Chief Justice of Uganda 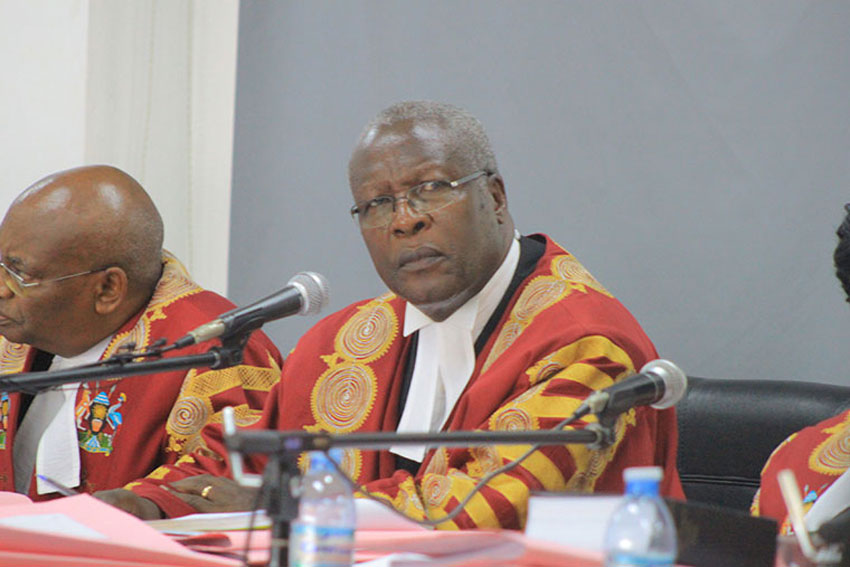 In his short letter of appreciation to stakeholders, Justice Katureebe who officially retired on Friday revealed that he is satisfied that he has managed to achieve many things as Chief Justice. He however, acknowledged that a lot more still needs to be done, particularly in the reduction of case backlog.

Who is Justice Katureebe?

He went to Rugazi Primary School for his elementary schooling from 1957 until 1962. He then went to St. Joseph Junior Secondary School in Mbarara from 1963 to 1964, and Kitunga High School in Ntungamo District for his O-Level from 1965 until 1968.

He attended Namilyango College, an all-boys boarding school in Mukono District, for his A-Level education from 1969 to 1970.

Four years later, he graduated from Makerere University with a Bachelor of Laws degree. He went on to receive a Diploma in Legal practice from the Law Development Centre in Kampala, Uganda’s capital and largest city.

From 1988 until 1991, he served as the deputy minister for regional cooperation, then deputy minister of industry and technology (1991 to 1992), and State Minister for Health and a member of the National Resistance Council, a legislative body at that time (1992 to 1996). From 1994 until 1995, he was the elected member of the Constituent Assembly representing Bunyaruguru County, Rubirizi District.

From 1996 until 2001, Katureebe served as the minister of justice, constitutional affairs and attorney general. He went back to private practice in 2001, starting his own law firm Kampala Associated Advocates.

In 2005, Katureebe was appointed chairman, board of directors, New Vision Printing and Publishing Company Limited. He also served as a director at Standard Chartered bank and National Insurance Corporation. He was appointed to the Supreme court in 2005 and during his decade-long tenure in the highest court of the land, Katureebe is one of the judges that modified the development of Uganda’s jurisprudence.

Katureebe is a married father of six children. He is a member of the Judicial Service Commission.