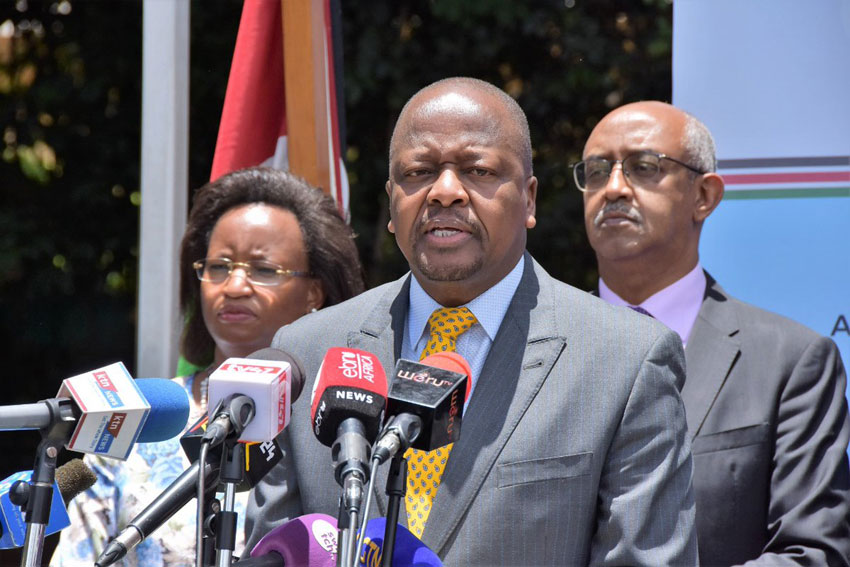 Kenya, Thursday 26 reported the Country’s first death from coronavirus, as the national tally of the confirmed disease cases shot to 31. It became the first country in the East African region to lose a life from the disease that has since ravaged the whole world.

According to Hon. Mutahi Kagwe, the Health Secretary, the deceased was a 66 year old Kenyan male who had been admitted at Agakhan Hospital’s intensive Care Unit from where he died on Thursday afternoon.

Kagwe also explained that the deceased who returned to the country on March 13, 2020 from South Africa through Swaziland, had been suffering from diabetes explaining his body system’s vulnerability to the virus attack.

“The man who was suffering from diabetes arrived in the Country on March 13 2020 from South Africa via Swaziland,” read the Minster’s statement on social media.

Meanwhile, the Country’s Health Secretariat had on the same day announced that the Country had confirmed three more cases of coronavirus, raising the national prevalence disease tally to 31, up from the 28 reported the day before.

It was further reported that a total of 1029 were being traced after they had reportedly came into contact with the new and the previous confirmed patients.

Another 123 people who had been in institutional quarantine had been discharged after completing the mandatory 14 days of confinement according to the Kenyan Media reports on Thursday.