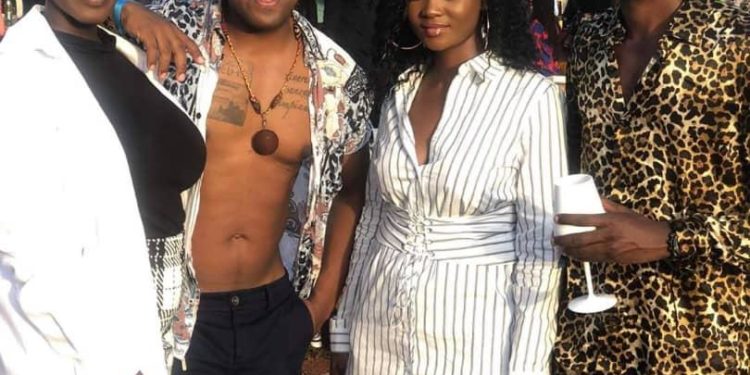 The New Year has started with trouble for Vision Group’s star radio presenter, Denzel Charlie Mwiyeretsi, who is trending on Twitter after a tweep accused him of raping a friend.

Unverified but serious accusations point out that Denzel, the presenter of XFM’s Shuffle show has been raping girls. In the thread, other names were dropped including gospel rapper Ruyonga,  a one Stanley Ssempijja and Peter Tevin, an aspiring guild president for Makerere University Business School in Nakawa. 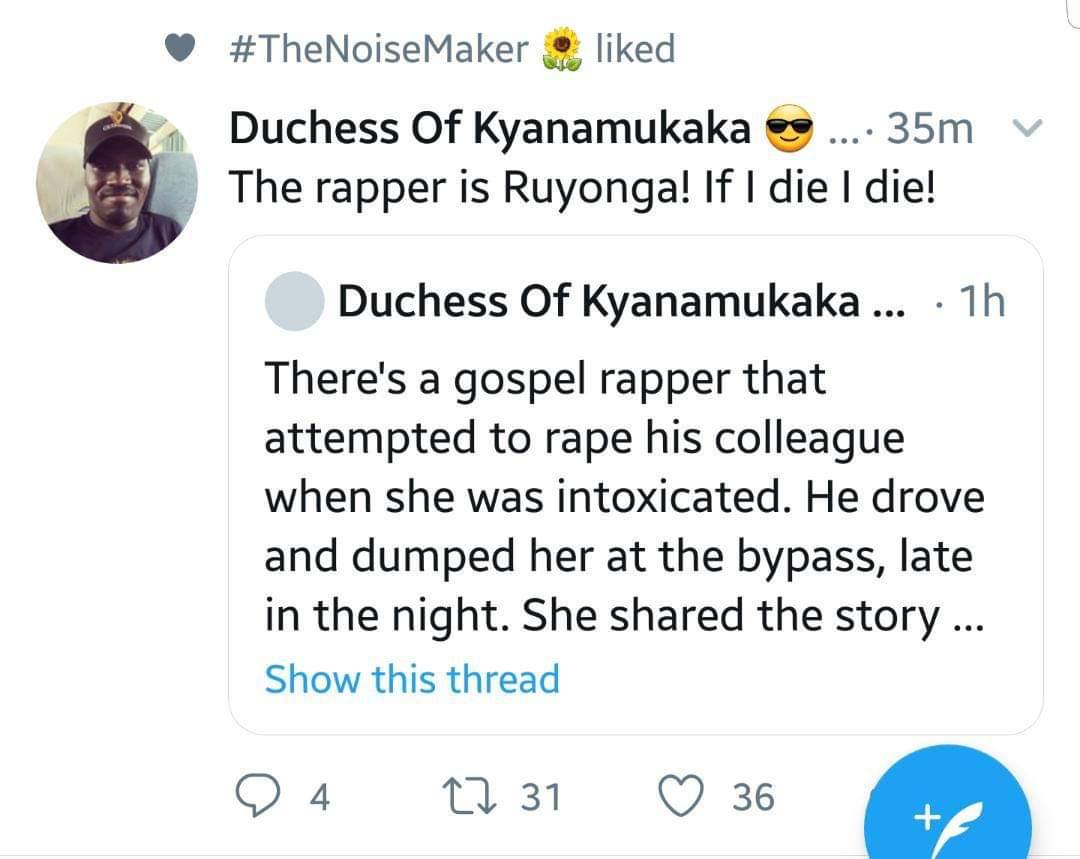 Whereas Denzel has not officially responded to reports, Ruyonga has rubbished the reports calling them, “subtle hate aimed at the church”.

Using his handle @ruyongamusic, Ruyonga said, “What’s this #churchtoo nonsense? Subtle hate aimed at the church? And Christians are buying in? We’re a spiritual kingdom, devil can’t win this or any fight.” 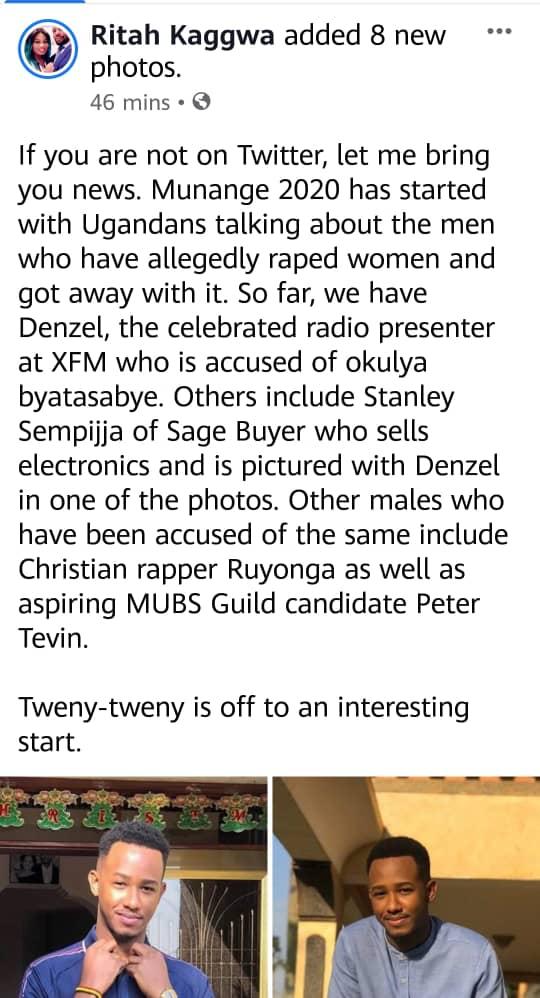 Basing on the screen shots making rounds on social media, alleged victim of Denzel whose name was withheld claimed that Denzel forced himself on her when she had gone to have an interview with him.

She narrated to a friend that this ordeal happened after she went to Vision Group to have an interview with Denzel but on reaching there, the Mcee told her that he needed to first go home and freshen up before they could kickoff with the interview, something the victim accepted, after all, a “Uber” was already waiting to drop them. 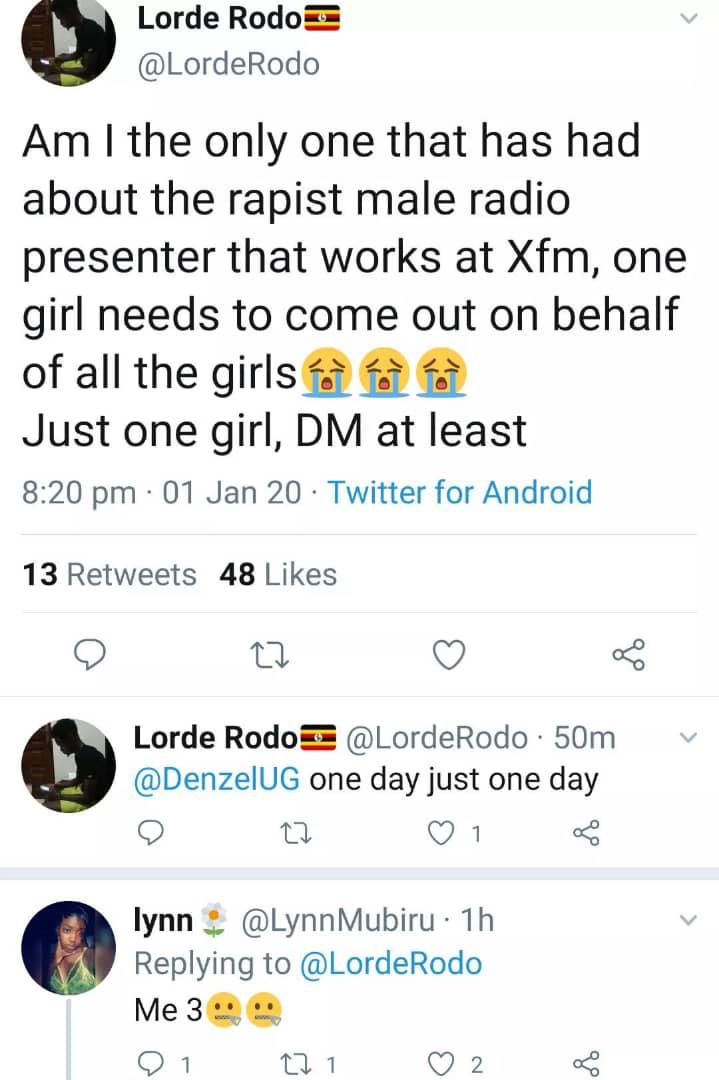 But on reaching Denzel’s house, things turned around as the former Big Brother housemate started raping her despite pleas and attempts to resist. However, the lady says, Denzel was stronger and over powered her.

The lady however further notes that she wasn’t Denzel’s first victim as he had done the same with many other girls who fear to come out to speak the truth.

Given the pressure and attention on social media during hashtags #Denzel, #MeToo and #Rapists, New Vision Group CEO Robert Kabushenga came out to give his take about the matter.

Through his social media platform on Thursday, Kabushenga called out victims to come out and give more information to the media company so that action might be taken. 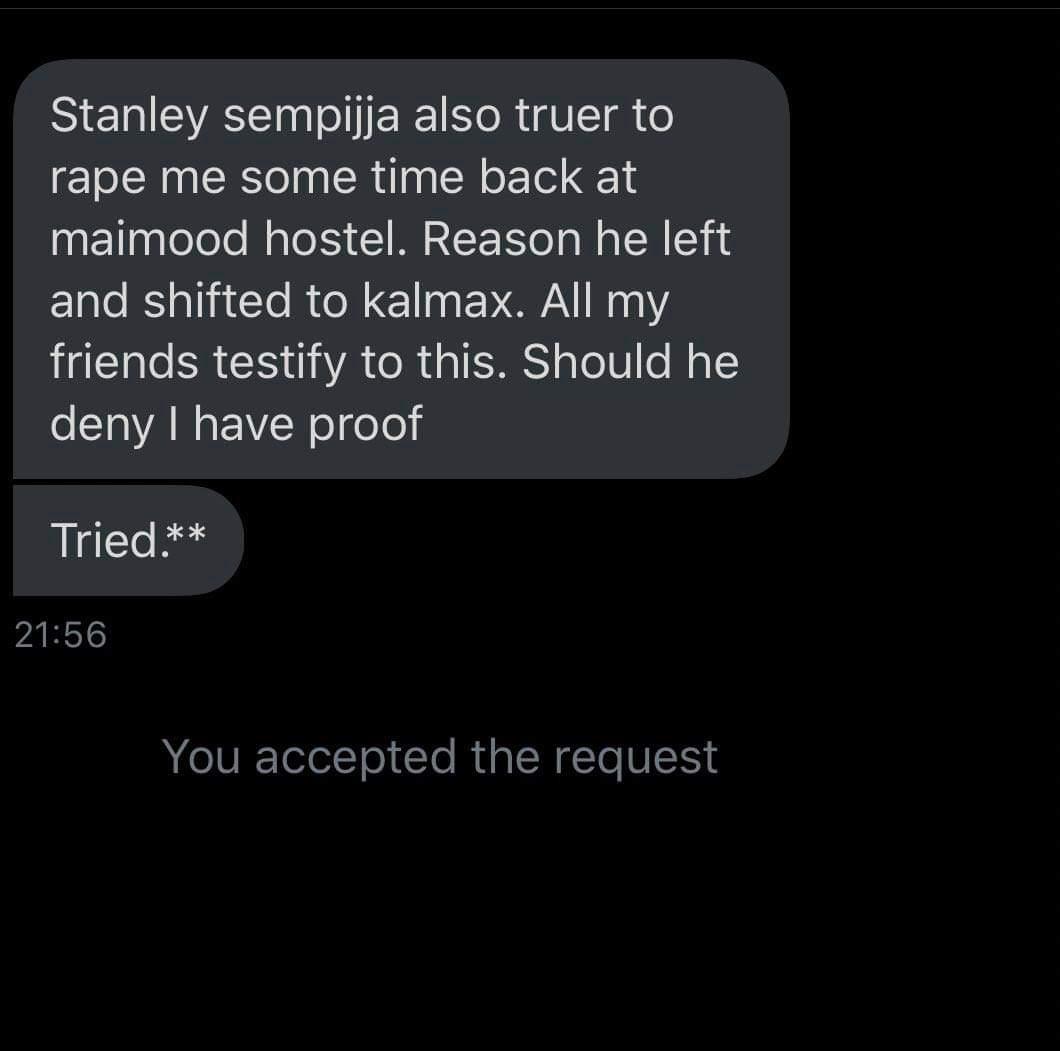 He claimed that if these allegations are true, Denzel will not go unpunished and that he has already tasked the Vision Group’s disciplinary committee to handle the matter to make sure that justice is served.

“Gloria (HR) and Peace (Audit) will reexamine all the allegations so far made n social media Vs Denzel. They will receive any further facts about the case that anyone will bring directly to them at office. 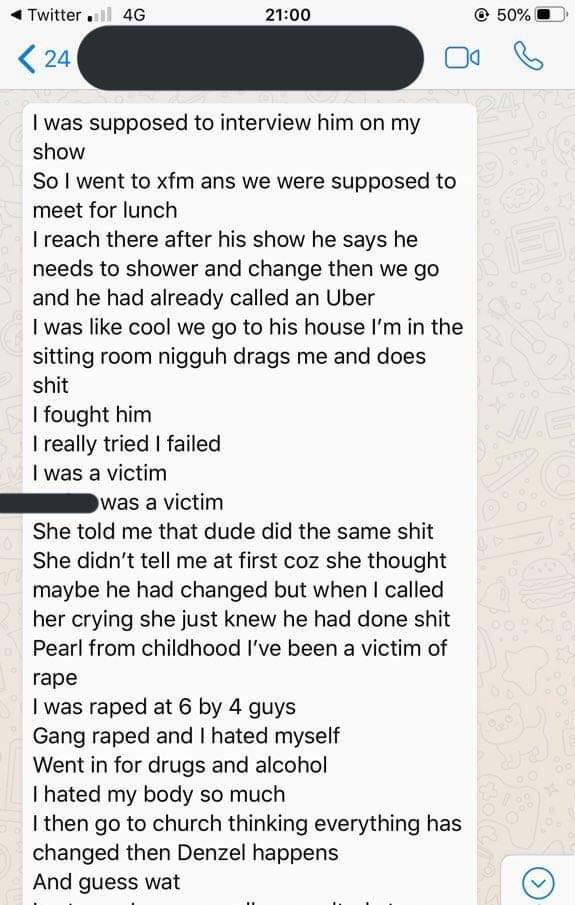 ”Denzel will face a disciplinary committee to answer the accusation against him and then we shall make a right decision. I guarantee that all parties will receive a fair hearing and the interests of justice will be duly served. We hope this time the accuser will cooperate,” reads Kabushenga’s tweet.

Unfortunately, Denzel, who is rather active on social media, has gone silent. His pages last reported posts showing he was upcountry for Christmas holidays.

He posted on December 31 2019, “Favourite 2019 memory? Spending time with family and visiting my dads final resting place! My dad was a typical African parent who would have slapped me the day I came home with tattoos. Haha. Seriously though, it’s tough for a boy to grow up without a dad. Rest In Peace.”

Some of the comments online say:

wave is finally sweeping Uganda with a strong blow. Maybe we’ll finally get the govt and educational institutions to debate and instate updated policy against sexual harassment/discrimination.