Geosteady: I didn’t convert to Islam to marry four wives 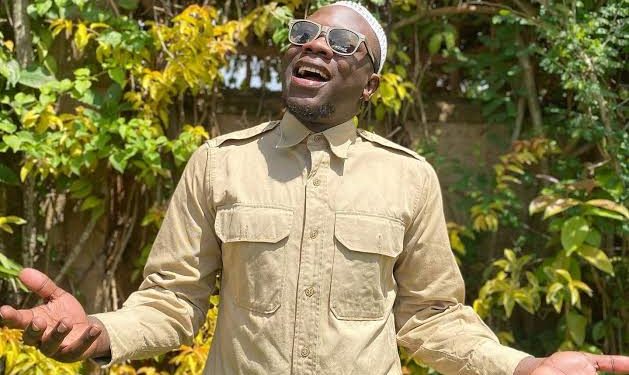 Singer George William ‘Hassan’ Kigozi aka Geosteady who recently converted from Christianity to Islam has shared actual reasons why he decided to change his religion.

Being that he had just broken up with his baby mama Prima Kardashi over infidelity allegations, several social media users have been gossiping that he has so many lovers, that’s why he converted to Islam to have a way of marrying at least four of them with no religious limitation.

But in a Facebook post of Wednesday, Geosteady dismissed the allegations, saying that he has been a ‘Muslim’ since birth but things happened and he become a Christian till after few days back when he decided to return back to Islam.

“I loved this since birth and if you all didn’t know, I was a Muslim even at birth named Kigozi Hasan and that’s my birth certificate. It’s a long story to tell but all in all go for what you want,” He said.

Geosteady added that his decision has no relationship with marrying four women, but it was a well thought of idea.

“You consider a lot before you choose what you want. I don’t think my conversion to Islam is a woman or the 4 wives saying nooooo,” he said.

The singer also sent a message to all ladies, saying that he is still single but not searching till further notice, because he is still enjoying this moment and working hard for himself and his beautiful kids.