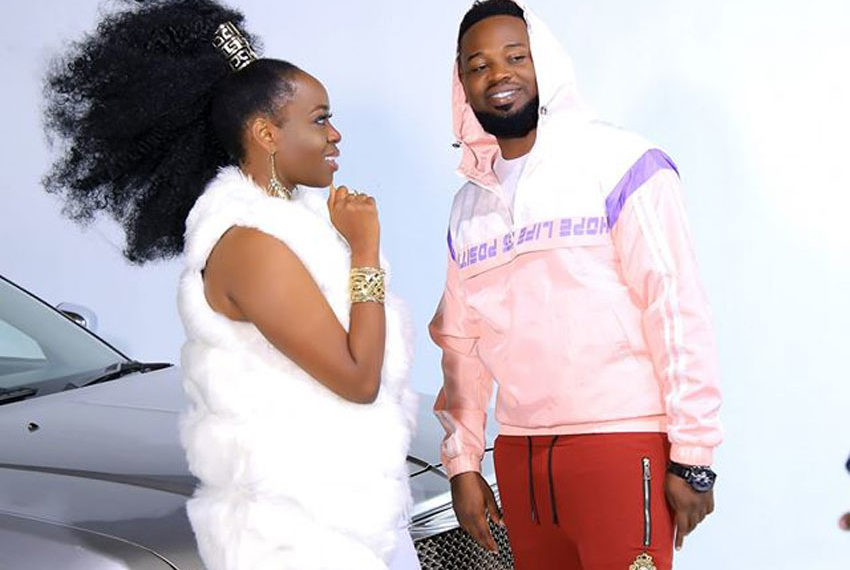 Singer Angella Katatumba has described her experience with Producer Daddy Andre as professional and wondered why upcoming singers like Nadia Rania who claimed he sexually harassed them took long to expose him if they had evidence and were not just making the allegations for cheap popularity.

The ‘Tonelabila’ singer also wondered how a cool guy like Daddy Andre could sexually harass any woman without her consent.

“ Andre is not an aggressive guy, the way I am hearing what other ladies claim, but there is always two sides to a story. With those ladies, I don’t want to talk about them because they know their story with Andre. But for it was so calm, so cool, so collected, not aggressive. I had already left (when they made those claims).”

She further dismissed claims that there is a bed in the studio on which the producer forces girls into sex.

“Let me make it clear, there is no bed in the studio. Andre’s house is like a three-bed roomed house, two bedrooms, and one room is a studio. The studio is in the house. For such to happen between a man and a woman there must be consent, so they must have had a consensual agreement, even when they didn’t I don’t know why they took long to come out,” she said.

In March, Angella Katatumba announced she had separated with Andre because the producer had refused to take an HIV test even when he had spent almost Shs 20 million spoiling her. However, Angella says she can consider a relationship with Andre if he agrees to go for a test in her presence.

“I have no problem with Andre. You know things happen and you move on. I left because I wanted to give him time to think about it (the test). You never know, you know in life, you just have to wait and see what God decides. We can continue thinking about it because we don’t hate each other; we had no problem with each other,” Angella said.

Rwandan woman in Uganda held for stabbing husband to death