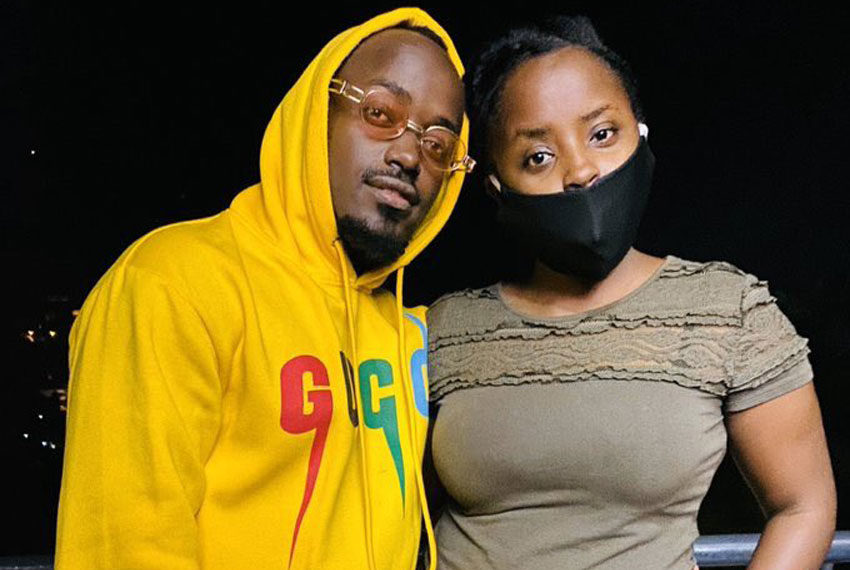 You’re the reason I was born in December! Singer A Pass sends heart-melting birthday message to dream lover Martha Kay

Martha Kay is mine! Singers A Pass, Ykee Benda fight for socialite’s love

Singer Alexander Bagonza alias A Pass is soaked on an ocean of tears after fellow musician Ykee Benda met and poured his heart out for his crush Sheila Nduhukire during NBS TV’s Katchup show on Friday.

“Oh God! she waited for me to come through.” He later posted on his Facebook page, attracting celebrations from the excited fans.

As a show of excitement, the singer vowed to write three songs in recognition of his latest achievement, a suggestion many of his fans welcomed with open hands. “Tomorrow I am writing three songs. The best songs of my career. Wait for them.” He promised.

” What else could you do man. Go a head and win over the woman of your dreams with what you do best – music. Write the songs, record and send to us so we dance with you….kudos.” wrote a one John katende.

The new announcement must not have gone well with fellow singer A Pass with whom he has been publicly competing for the new anchor’s love.

The development comes just days after A Pass vowed to get what he wanted no matter what it would take him, lamenting over the suffering he was undergoing in the process. Attracting the empathy of his followers,he expressed uncertainty over whether he would ever be able to get a girlfriend in his life.

” I will do anything to get what I want. But I suffer a lot in the process. Will I even get a girl friend?” He Lamented.

Others were however quick to say that the ‘wuuyo’ singer had already made up his mind after realizing that the beautiful NBS TV presenter was a lost battle when he turned his eyes and concentration to celebrated entertainer Martha Kay.

“Hey my love , how are you today, I see you smiling like school is over and it’s kiromo. Your birthday means a lot to me and my existence. You are the reason why I was born in December .
“I wish you the best in everything you were born to do including me my love. Happy Birthday Martha Kay / Entertainer I love you so much,” the Didi dadada singer posted, congratulating his crush upon her birthday on Wednesday 21.

Some fans were however quick in trashing Ykee Benda’s announcement, saying that the ‘farmer’ singer was just dreaming.

Some even told him off that the beautiful TV celebrity was only good enough for bigger people like former Presidential hopeful Nobert Mao, whose conduct in the past has also tempted the public to suggest that he is interested in the bed room services of Nduhukire.

Edward Ssekandi: A silent political genius whom Ugandans keep on forgetting that he is the country's Vice President

Edward Ssekandi: A silent political genius whom Ugandans keep on forgetting that he is the country's Vice President