by Brian Mugenyi
in Conversations with, Op-Ed
3 0 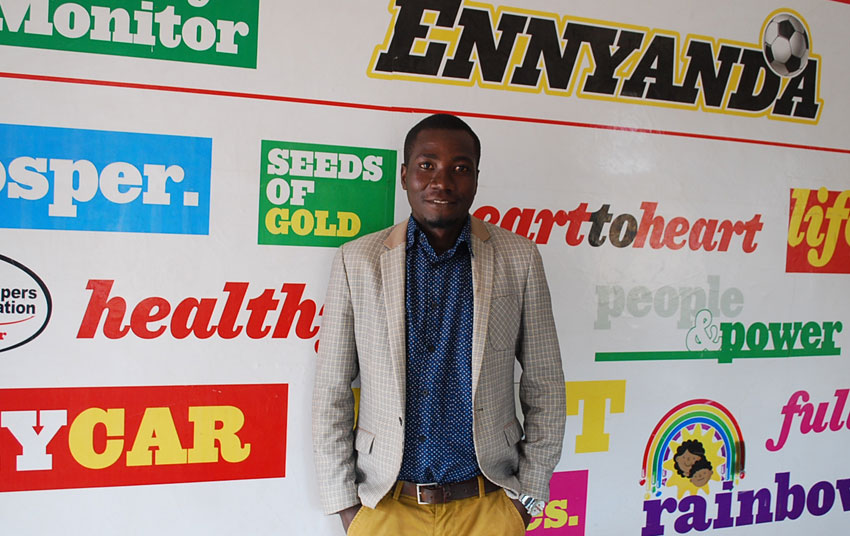 I was hurt to learn from a colleague in the journalism fraternity that journalists plying their trade in Greater Masaka are divided under their umbrella; Southern Buganda Journalists Association (SOBUJA). I was taken back to hear that the journalists themselves quarrel day and night for reasons best known to themselves. Before this news chipped in, already I’ve been well acquainted with the state of journalism in my home town, Masaka having started my journalism career there as a 20-year-old with bias in sports and features writing at The Daily Monitor.

I enjoyed practising journalism in Masaka much as I’ve not been consistent as I had anticipated. Some times you need to get off the steering and watch from a distance and then return back on the steering with a lot of stamina. It is a profession not a prison. Sometimes I am in Mukono, Kampala or even back making ends to meet. Before, I loved reporting about; Sports, Health, including The general news, entertainment and features which overtly opened more doors for me. All these beats starting from the beautiful game (Sports) were so dear to me and never at one point have I ever changed my mind from reporting about them. At least if I don’t write, I watch and later do some consultancy work.

But, much as I enjoyed my pen and the way God helped me to put my gatherings on paper along the way, I have observed with my watchful eyes ‘ill-nurtured’ journalists fighting one another.

Many used semantics; signs and words; “Oyo Wa Digiri; loosely translated as; Such an arrogant journalists holds a Bachelor’s Degree in Journalism) citing; For us, we didn’t study and we cannot argue with people who posse higher level of education which to me is a fallacy. Such statements kept lingering and many inferior journos quit the profession and others that have persisted operate on fears over their seniors.

Those few examples are some of the ‘Stupid and uncivilized manners’ we normally hear from the circles of some practicing journalists’ home pining others whenever they could have misunderstandings.

Back then, very few could owe such statements much attention as it is now.

The current situation of journalism in Greater Masaka seems to be sitting on a time bomb if no immediate action is taken.

Maybe after the Covid-19 pandemic the God fathers of the aforementioned association; Pascal Mweruka also a former journalist at Radio Buddu, Edward Bindhe currently the Head of Communication at Uganda Microfinance Regulatory Authority would chip in before the wounds could get sour. As for clarity; Bindhe served his time well, and during his tenure it was hard to have such grievances. The level of professionalism was at its peak and chances were high for the journos to benefit highly from their umbrella as compared to the current stead of mafias, although he finally pulled off the pen and went for greener pastures. What is so striking and captivating is that; the wave of indiscipline among journalists intensifies day and night and a new leadership should be thought about to uplift the trade once again in this region.

As we are playing our cards, speaking ill about one another as well as undermining the junior reporters, we should know that journalism is a profession which deserves utmost respect.

These three people; Sserwanga, Ssali and Kayinja laid a concrete foundation which we are all using to communicate to our targeted audience but deeply at heart, I strongly believe they are not happy with what their active successors are doing.

We not only used the foundation they laid, but it’s also many journo’s garden where they earn their daily bread for their families.

Now why are we destroying it? Can’t we rally for togetherness? Are you guys aware of the drought? Reaching at a point where no one recognizes you, no one takes you seriously! We’ve got to be smarter and professionals. Truth be told, we don’t need to invite celebrated journalists such as Daniel Kalinaki of Nation Media Group (NMG) or CBS’s Dr. Sam Kazibwe to teach us, the Do’s and Don’ts of journalism.

Sometimes, commonsense works a treat where the formal knowledge is lacking. It’s strangely impertinent for people to busy themselves in fighting one another; accusing fellow colleagues of swindling field transport refund and sometimes conniving with politicians. Such are fairly tales of idle women deep down in villages of; Bijaaba, Kitaasa who have nothing to do even in this period of Covid-19 Do or Die situation.

Imagine, a journalist fighting one another in the field like Primary two kids! Many have pride, envy, rivalry and a thousand motives which is killing the trade!

What a ghastly mistake! Many are extremely arsenic to one another and some women have gone on even to involve family in their personal affairs.

Such trifling circumstances often give rise to the most injurious tales in life. At one point, a colleague, whom I may not reveal by name here, came at my desk (Which I refer to as a kitchen) with tears rushing out of her eyes saying; her husband was told by her colleague at work that she has HIV/AIDS. Surely, how can a human being resort to such blackmail and slanders as an option?

Look, if someone can do that, that means he or she can even poison you or even plot for your assassination. Some journalists’ hearts are too diabolical!

We need to atomize such stupid manners and false move, and turn into good- nurtured humans.

But for that to happen, there must be social cohesion and task cohesion amongst journalists plying their trade in Masaka. Just like football (Which I love dearly) where the fighting qualities of the team are optimized by the captain, I think journalists in Masaka need a captain or coach. From there the players in the profession, will be able to shoot for the stars.

We should even not run it on shoe string as it was in ancient years. We should let our ancestors rest in peace and think of reviving the umbrella by ourselves. See, associations in Uganda; Uganda Sports Press Association (USPA) under the presidency of veteran journalist Patrick Kanyomozi how the team is progressing.

Look, even in Europe togetherness has worked miracles for associations like; Croatian Journalists’ Association (CJA) including The European Federation of Journalists that tends to unite all journalists in Europe. So, does it need the collective efficacy from Uganda Journalists Association to ensure that such togetherness is realized? Before, organisations like Human Rights Network For Journalists (HRNJ), Unwanted Witness (UW) all tried to sensitize about togetherness among the SOBUJA Journalists but until now the cow has not been milked yet.

The shifting stand of journalism entirely in Uganda needs innovative people not people who are after celebrating World Press Freedom Day on their social media platforms and later quarrel at events over food and transport refunds.

I believe our collective efficacy as journalists is solely news. We need to stick to our obligation and work as a team to communicate to our masses and at the end of the day we shall be able to attract other new partners willing to support our good causes if we are to paint a good picture both in the public and would-be-journalists in future. For God And My Country.

(The Author is a journalist. Contacts (Email: Mugenyijj@gmail.com, Twitter: @it’smeoneBrian) 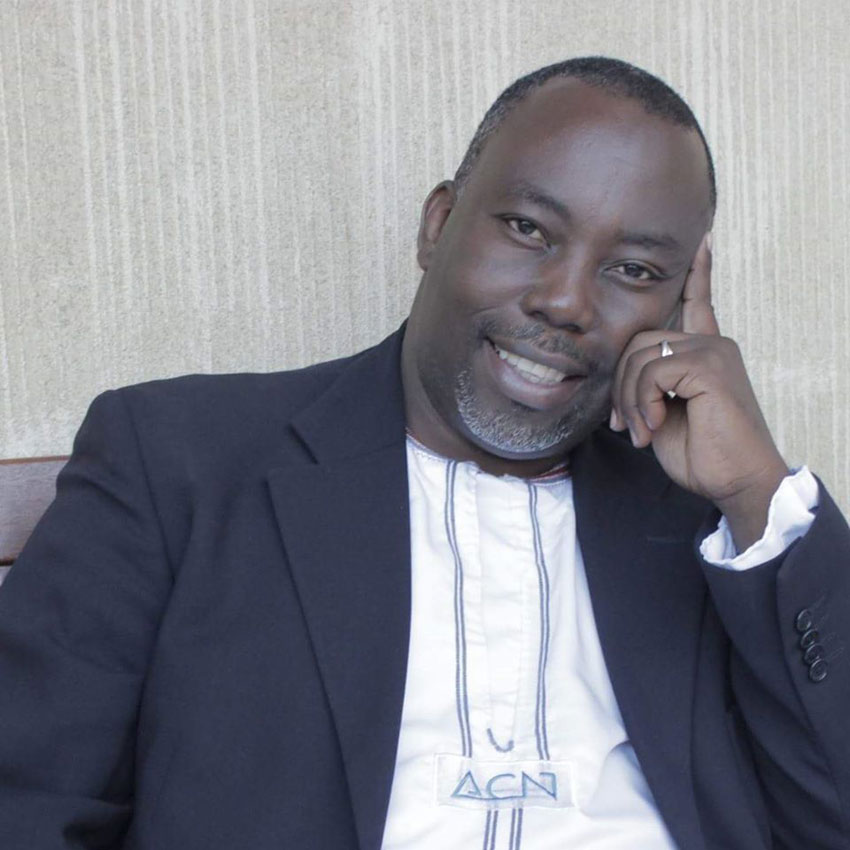 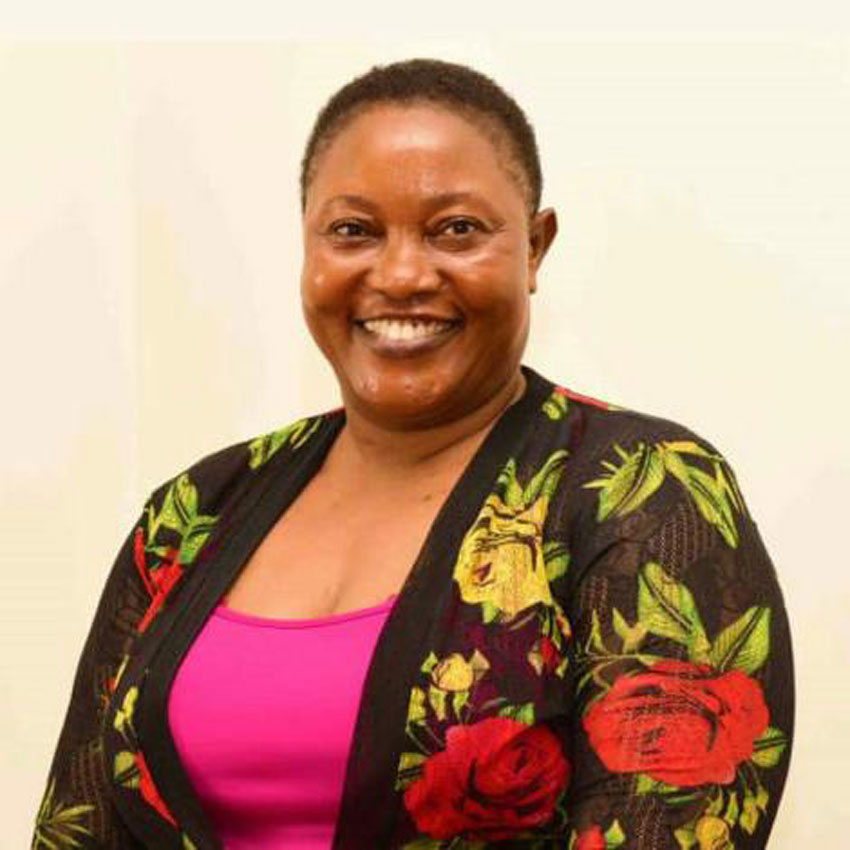