Betty Nambooze: MC Kats and Fille we assure you that HIV/AIDS is not a death sentence

by watchdog
in Conversations with, Op-Ed
33 1

The news that a celebrity young man and a lady he loves…. both of them being young parents are facing a heart breaking condition of living as either infected or affected by HIV/AIDS….was enough to make any sane mind sad.

Unfortunately not to all Ugandans….a few careless and reckless individuals whose behavior boarders on being sadists quickly picked on the news in a celebratory mood and straight away started demonizing these two people!

Worse still one person recorded a video of a visibly disturbed MC Kats and posted it in the social media…This left me wondering why you today’s young people are that cruel?

Its my humble opinion that Kats and his girlfriend have a right to rebuild and get on with their lives without the judgment or scorn of strangers, and without their names being reduced to bywords for both HIV and craziness. After all, I think, it’s no less than what anybody would want for him or herself.

Personally I feel that the biggest challenge with HIV/AIDS is about the reaction of society to those we suspect to have the disease or people in crisis over the same. This time around it has been worsened by the frenzy of modern news reporting, when social media bloggers often wants to run ahead of the news cycle to get thousands of views, likes and comments and hence boost their pages which in the end attract business for them.

More than anything, this young family needs time to recover and receive appropriate assistance, including counselling services. To this end, its my sincere request that both formal and social media respect their privacy. Good enough Kats hasnt been selfish….he has come out and declared his status most probably as a contribution to the fight against HIV.These young people need love and understanding from us not demonisation.

Research has shown that whenever AIDS has won, stigma, shame, distrust, discrimination and apathy was on its side. Every time AIDS has been defeated, it has been because of trust, openness, dialogue between individuals and communities, family support, human solidarity, and the human perseverance to find new paths and solutions.

We love you Kats and Fille and we want to assure you that HIV/Aids is not a death sentence….And I request that this Sunday we pray for this youngman, his girlfriend and children plus the millions of people infected and affected by HIV/Aids.

Betty Nambooze is a Member of Parliament for Mukono Municipality 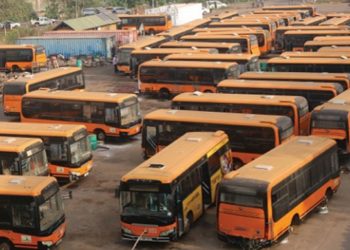 Dear Editor, Allow me run my letter of concern about the ongoing squabbles over the Tondeka Metro Buses project which...

OP-ED: Uganda sitting on time bomb by denying Asians access to their properties 40+ years after expulsion

The way Uganda has mismanaged the departed Asians properties cases over the years can be compared to a playful and...

NORBERT MAO: Why Museveni must remember his prayer during Golden Jubilee

During Uganda’s 50th Independence anniversary in 2012, President Museveni led the country in prayer. It was a remarkable prayer that...

By Ofwono Opondo It is a year since the grandiose opposition political groupings were reported mulling an alliance or working...