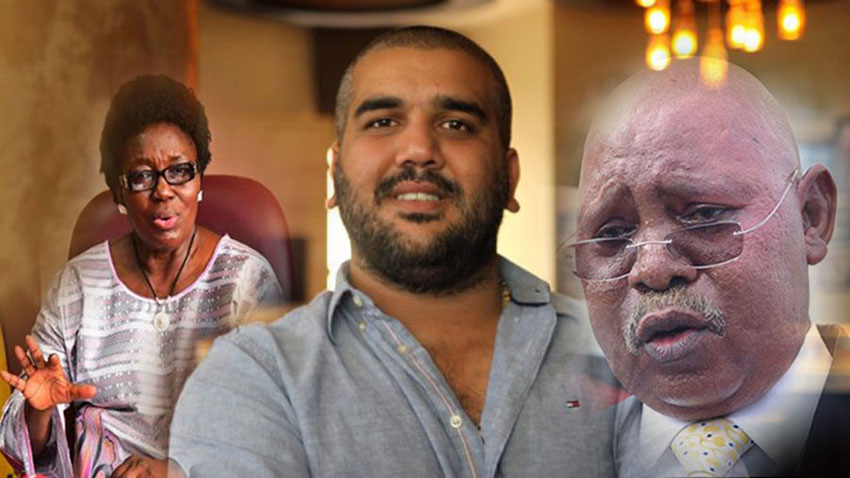 Rebecca Kadaga, Speaker of Parliament wants the Minister of Internal Affairs to account for his police officers who assaulted and injured businessman Rajiv Ruparelia, his dogs and their caretaker.

The Speaker said on Wednesday that the minister must present a report to the House concerning investigations after the Ruparelia Group managing director released a video footage showing police officers on rampage, outside their official van, beating and kicking dogs.

The police officers did not have reason for leaving the official van, and getting involved with unarmed civilians.
Rajiv, a son to billionaire Sudhir Ruparelia said counter -terrorism police officers attached to the home of the deputy governor of the Bank of Uganda, who lives in the same neighborhood in Kololo, attacked him as he went jogging with his dogs on Friday morning.

Rajiv said he had inquired from officers why they were speeding on a narrow road leading a residential neighborhood, but officers made racial remarks against him.

Kasilo County MP Elijah Okupa presented the matter on the floor of parliament, demanding that the Minister of Internal Affairs briefed the House on the progress of investigation and what steps have been taken to remedy the future occurrence of such cases by errant police officers.

Both ministers, Gen Odongo and state minister Mario Obiga Kania were not in the House to give an instant response.

The Uganda Police Force has revealed that Politicians from the National Resistance Movement and National Unity Platform are the most...