Katikkiro Mayiga speaks out on his presidential ambitions

by Andrew Baba Buluba
in News
27 0 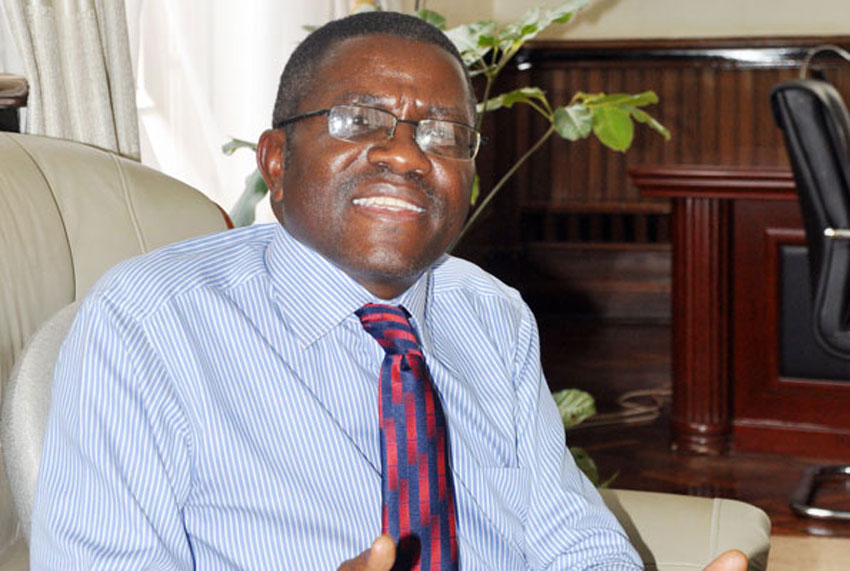 Buganda Kingdom Prime Minister Katikkiro Charles Peter Mayiga has opened up on his rumoured plan to join central government politics and run for president once he leaves his current job at Mengo.

Katikkiro Mayiga who recently marked seven years as the Prime Minister of the Buganda cultural institution has been said to be in line to succeed current Vice President Edward Kiwanuka Ssekandi who political pundits say is unlikely to be reappointed to the number two position beyond 2021. Ssekandi has served as President Yoweri Museveni’s deputy since May 2011.

Other political sources have in recent months claimed that Mayiga might also be considering standing for president sometime after his reign as Katikkiro, a position that gives him higher chances of winning the vital Buganda vote.

Speaking on Thursday night during a talk show on NTV, Mayiga said there was no point in an incapable Muganda becoming President. He added that time would come when a capable Muganda president would be elected.

“Binaisa was a joker. The time for a Muganda to be president will come. Uganda having one President for over 30 years has nothing to do with Buganda Kingdom. The issue is not about having a Muganda at the helm of politics in this country; it has also everything to do with competency to adequately execute the oath of office,” said Mayiga.

Asked about his own ambitions for the Presidency, Mayiga could neither admit nor deny having any interest in the top seat although he said he could be president just like anyone. He added that he was now occupied with work entrusted to him by Kabaka Ronald Muwenda Mutebi.

“Of course leading Uganda can be done by even you. If you are asking me if I have the qualities to be president, I think I do have them. But at the moment I have got enough on my plate. That’s the answer I give everyone,” said Mayiga.

“Today, I cannot run the kingdom and then build up ambitions for the country. I am running the office of the Katikkiro and I am trying my best. I don’t know if my best is good enough but that’s what I am doing.”

Movie Review: Hobbs and Shaw: A must watch Fast and Furious franchise