The military has made a u-turn and admitted that the well publicized fake arms deal was under investigation by both the army and police.

The army spokesman Paddy Ankunda says the force was determined to leave no stone unturned in bringing out the truth and bringing culprits to justice.

“The Uganda Police Force together with the Chieftaincy of Military Intelligence of the UPDF will continue to investigate the matter to get the truth surrounding these allegations,” Lt Col Ankunda said in a press conference at Mbuya military headquarters.

The army also clarified on the deployment to Somalia of the CMI deputy Col Hebert Mbonye who investigated the arms deal saying, “We would also like to further clarify that the posting of Col Hebert Mbonye of Military Intelligence who is scheduled to head the AMISOM military intelligence is not in any way related to the on-going investigations into this matter. This is a normal deployment that is of great strategic value to Uganda and to AMISOM.”

The military spokesman told the media that a UPDF Captain Muhoozi who has been ADC to Gen Salim Saleh and one Sam Simbwa were under arrest for fraud in connection to a scam to defraud a Polish company in an arms deal.

“We appeal to the public to be aware of these fraudsters masquerading as defence officials and pursuing illegal deals,” said Ankunda.

A high profile con deal was executed sometime in 2015, when fraudsters claiming to be representing the Ministry of Defence and UPDF met a one Marek Celer of Ms BMP Poland sp ZOO a company that is said to deal in military hardware.

Following subsequent discussions with the conmen, an acceptance agreement was issued to the company “on behalf of defence” by a person calling himself Maj Gen Wamala Balyaya. Again there is no one called Maj Gen Balyaya in UPDF.

It seems there are forces interested in arm-twisting the investigations since a couple of days ago, Lt Col Ankunda issued a statement that denied anything like an investigation in the matter that has been well covered in the press.

Ankunda rightly said Col Herbert Mbonye had also not been transferred to Somalia in secret for investigating the case.

However Ankunda said, “The public is hereby assured that the reports are unfounded, malicious and aimed at tainting the hard earned good image of the Uganda People’s Defence Forces.” He also warned that “Any persons who try to break this bond will be stopped using the strong arm of the law”, he added.

Nick Yarris: 'How I survived 22 years on death row'

Akena death mystery: Where is Kanyamunyu’s lover Cynthia, and what's her mission in Kampala? 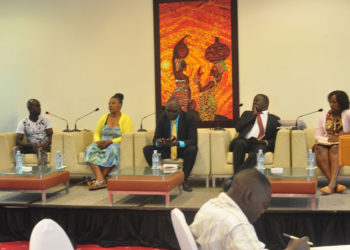 Akena death mystery: Where is Kanyamunyu’s lover Cynthia, and what's her mission in Kampala?