Kenyan relatives of US president Barack Obama expected a lot from him when he became the leader of the most powerful country on earth.

Thinking he would behave like African leaders that loot the treasury to develop their home towns, the relatives of the Obama in the village of Kogela in Siaya County, thought their ‘son’ would turn around the fortunes of their family and village.

However Obama did the opposite, concentrated on his job, and left his poor relatives to live a normal life like they have always done.

Malik, Obama’s half-brother is however bitter with the US leader who he accuses of doing so little or nothing to help the family back in Kenya.

Malik and family’s expectations were, since Obama became the leader of the most powerful nation in the world, Kogelo was going to turn into the centre of the world, over night.

Malik’s anger also extends to the US Democrats, who he accuses of not carrying for Africa’s poor as if that is their business and therefore, he will vote Republican Donald Trump in November.

However Barack, has already endorsed the former First Lady for President to continue his legacy.

Malik praises Trump who has been insulting Obama at the earliest opportunity. “This Trump guy is a really cool guy and I like him because he speaks from his heart and he is down to earth…Trump has my vote,” Malik told Capital FM in Nairobi.

He said, “Trump is honest, and that is what the Republicans are all about. But the Democrats just give lip service and telling people what they want them to hear. Their politics are not honest.”

“But look at Trump, the guy speaks from his heart and you can see he is very honest in what he says. He speaks what he thinks. It is not like someone is prompting him.”

Malik is Obama’s elder half brother.

Gina Din-Kariuki shares her struggles with fear and failure 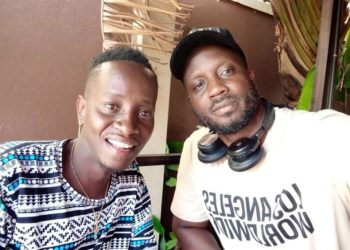 Gina Din-Kariuki shares her struggles with fear and failure