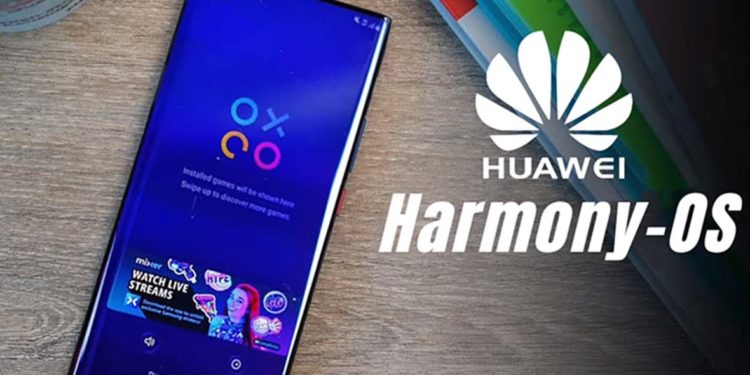 Chinese telecommunications giant Huawei on Wednesday officially launched the 2.0 version of its self-developed operating system (OS), the HarmonyOS for smartphones, in its latest bid to shrug off the US’ crackdown. The move also paved the way for the Chinese firm to challenge Google’s and Apple’s dominance in current and future OS ecosystems.

However, despite the significance of the move and the company’s ambitions for softwares, Huawei still faces major challenges ahead to promote adoption of the HarmonyOS across the world, as its hardware business has been declining sharply due to the US ban, analysts noted.

Among the major highlights, the HarmonyOS, with a highly scalable distributed platform, can be deployed across multiple devices, including smartphones, computers, and other electronic devices, the company said.

“Regardless of the size of the device, only one system can cover smart terminal devices with a memory as small as 128K, as large as 4GB or more, bringing consumers an ultimate full-scene interactive experience,” Wang Chenglu, president of Huawei’s consumer software business, said at a launch event.

The official app on smartphones also means that Huawei has finished another critical step for its “world-leading” software ambition in the coming Internet of Things (IoT) era. The OS has already been used on Huawei watches, laptops and home appliances over the past two years, and smartphones are widely seen as the key devices that can connect everything.

It has potentially broader reach beyond smartphones, wearables and TVs like Android – so it expands the platform scalability and can attract more developers to the ecosystem, Neil Shah, an industry analyst at research institute Counterpoint, told the Global Times on Wednesday.

HarmonyOS was unveiled in 2019 as a “back-up” for Google’s Android when the Chinese company was barred from using Google’s services under a US government export ban. Research on the OS actually started in 2012.

Huawei said that the HarmonyOS will be installed on about 300 million devices by the end of 2021, with about 200 million being Huawei’s own devices.

Analysts said that the OS will do much to promote Huawei’s transformation into being a software service provider amid the US ban that has crippled its hardware businesses at home and abroad over the past two years.

If the HarmonyOS can be widely accepted by consumers, it will mean that Huawei will be similar to Microsoft and Google – it might not make its own-brand hardware, but it can still earn a steady income through customized software licensing and royalties, analysts said.

As it will be hard for Huawei to produce advanced hardware in the short term, it should focus on building software ecosystems, such as its HarmonyOS, the cloud AI system Mindspore, and other IT products, a Huawei internal memo said, according to a Reuters report on May 24.

In the memo, Huawei’s founder and CEO Ren Zhengfei said that the company was focusing on software because future development in the field was fundamentally “outside of US control and we will have greater independence and autonomy.” Ren called on the company’s staff to “dare to lead the world” in software.

However, the launch on Wednesday is only the first step, and major challenges still lay ahead, industry analysts cautioned.

“The success of a software system will always have to rely on hardware, but currently, Huawei doesn’t have enough hardware to support its software ambitions – that’s the most difficult part,” Jiang Junmu, chief writer at Chinese telecom industry news website c114.com.cn, told the Global Times on Wednesday.

Liang Zhenpeng, an industry analyst, told the Global Times that as an OS aimed for the IoT era, the HarmonyOS may need more time and equipment to test than the OS for smartphones, and that will take at least two to three years.

Moreover, Liang noted that an ecosystem will always be the decisive factor for the success of an operating system.

“Does the HarmonyOS has enough apps that can attract consumers to update to the OS? That’s another question,” Liang said.

So far, more than 300 application and service partners, 1,000 hardware partners, and 500,000 developers have jointly participated in the construction of the Harmony ecosystem, the firm said on Wednesday.

During the launch, Huawei also launched a range of smartphones, smart watches, and tablets powered by its new HarmonyOS 2.0 operating system, including a new version of the HUAWEI Mate 40 Series and HUAWEI Mate X2, the HUAWEI WATCH 3 Series, and the HUAWEI MatePad Pro.

Huawei 5GC: The First to Pass 3GPP SCAS Testing and then Passes the GSMA NESAS Evaluation

Huawei 5GC: The First to Pass 3GPP SCAS Testing and then Passes the GSMA NESAS Evaluation