by watchdog
in Business, Technology
6 0

Switzerland’s largest online retailer, Digitec, has listed the Huawei Mate 30 Pro for pre-sale since this Wednesday with devices expected to go out on Tuesday, December 10. The listing explicitly notes that the units sold come with Huawei’s Mobile services pre-installed and do not come with Google’s Mobile Services.

The Huawei Mate 30 Pro was announced in September and initially launched in the Chinese market with great success. Despite the negative press surrounding Huawei, the Chinese giant still saw strong sales for its new flagship.

The Mate 30 Pro was recently discovered to use no American parts. Its powered by a Huawei-made Kirin 990 and paired with 8GB of RAM and up to 256 GB of storage. Pre-orders are for the 256 GB variant in silver.

There’s a bright 90 Hz 6.53-inch waterfall AMOLED display with a notch containing a 32 MP selfie camera paired with a ToF sensor along with 3D face unlock hardware. Around back is the quad-camera setup with a 40 MP main camera, 8 MP telephoto, 40 MP ultrawide camera, and a ToF camera.

Unfortunately, Huawei isn’t any closer to getting back on the US Government’s good side. US President Trump reaffirmed his stance against Huawei’s supposedly insecure 5G technology yesterday at the NATO summit, speaking to other leaders of NATO.

Bank of Uganda has finally asked the owners of the unclaimed certificates of land titles of defunct banks to apply... 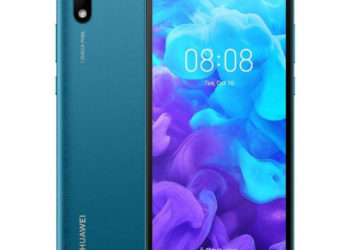 With mobile connectivity now integral to the modern economy, a key part of any national development programme must be digital...

Abdallah Kitatta accepts to be charged by Court Martial