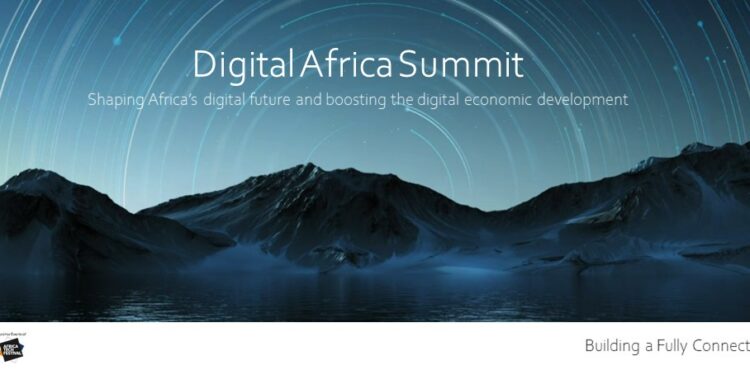 [Kampala Uganda, 15th November 2021] – Huawei Technologies hosted the Digital Africa Summit, which took place during AfricaCom, last week, with expert speakers engaging on Africa’s digital transformation, the strides made during the Covid 19 pandemic and the path still ahead.

Achieving this transformation, however, means going beyond simply adapting and evolving new technologies to old ways of doing things. It requires a full commitment to a ground-up transformation without delay. When it comes to seeing the benefits of taking this fully committed approach to digital transformation, African leaders can look to examples from their own continent as well as further abroad.

As Yang Chen, VP, Huawei Southern Africa pointed out, the digital economy already accounts for more than five percent of GDP in some African countries and that number could be more than doubled in countries that take a committed approach to digital transformation.

“Digitalisation spurs the development of new industries such as ecommerce and eGovernment,” he said. “It also disrupts existing industries to ensure lower costs and higher productivity and can empower emerging technologies like renewable energy.”

That was backed up by Joe Mucheru, Kenya’s Cabinet Secretary in the Ministry of Information and Communications.

“Last year, when COVID-19 hit, the ICT sector was one of the few to grow exponentially,” he said.

But in order for that resilience and the wider opportunities of digital transformation to be realised, the right kind of environment needs to be created.

“Digital transformation cannot happen unless barriers to growth are reduced or completely removed,” said Chen. “Investment in infrastructure is also key to a digitally transformed economy.”

Decision-makers, particularly in government are key to removing these barriers who often worry about the risk of putting their energy behind any one specific technology.

But, as Sharoda Rapeti, Non-Executive Director, Delta Partners pointed out, “delaying decisions creates a multitude of risks which has a massive impact on the economy.”

Instead, she suggests that governments do as much as they can to “create critical mass to put their countries on their way to a digital economy.”

The opportunity, she believes, lies in owning the verticals not yet claimed by the big technology platforms, as well as bringing digital technology to traditional areas of strength such as minerals and agriculture.

Most crucial, however, is the building of digital skills, especially among young people.

“How much are we leveraging scarce skills to build a digital economy?”, she asked.

As John Omo, Secretary-General of the African Telecommunications Union (ATU), pointed out COVID-19 illustrated how wide the skills gap is in Africa.

“It was not just the lack of access to technology, that led to African economies falling behind during the pandemic, but also the lack of skills,” he said. “This situation provoked the realisation that as much as we must increase coverage, we must address the skills among youth”

An example of a country that has successfully embraced digital transformation is China, which now has the biggest broadband network in the world and is home to the vast majority of the globe’s 5G base stations.

“China is also an example of how technology is embedded within the economy,” said Rapeti, who pointed out that mobile payments in that country now make up 16% of its GDP.

And, as Chen Hui, Deputy Director of Industry and Planning Research Institute CAICT, pointed out, the overall digital economy accounts for 38.6% of China’s GDP and employs more than 200-million people.

In Africa, some countries are seeing the benefits of digital transformation and have set it as a national priority.

Among the most countries with the most advanced digital transformation programmes are Botswana and Kenya.

The aim, he said, is to put all government services online within the next three years.

“There is the opportunity for accelerated growth with the right investments,” he added, pointing out that partnerships with private companies such as Huawei are crucial to achieving it.

According to Mucheru, Kenya intends to keep its “momentum going and speed up the development of the digital economy.”

“We believe we can address the critical issues needed to enable a digital economy,” he added. “The government strongly believes in partnership with the private sector, including Huawei. Going forward, we will be focusing more on driving innovation at the grassroots level.”

“Every economy around the world is looking for the skills to build the digital world,” Chen concluded, adding that Africa can benefit from that. “By cultivating inclusion, we cultivate the ability to strive and progress.”

HUSSEIN LUMUMBA AMIN: When the murderers forgot to eliminate the only eye witness!